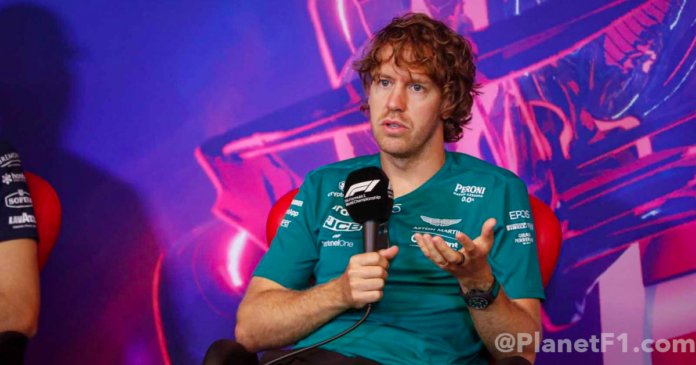 German Formula One driver Sebastian Vettel – who races in an Aston Martin and is sponsored by a large Saudi oil producer – has been accused of climate hypocrisy after publicly opposing Alberta’s oilsands at the Montreal Grand Prix.

Alberta’s energy minister Sonya Savage pointed out that Vettel is sponsored by Saudi Aramco – the world’s biggest oil producer and corporate greenhouse gas emitter. Aramco is set to be responsible for the emission of 27 billion tonnes of carbon dioxide between the years 2018 and 2030.

“Rather than demonizing the oilsands, which is on a path to net-zero, people could look to lowering their own personal carbon footprint,” said Savage.

“Perhaps a pedal-car for Formula 1?”

Meanwhile, True North’s Andrew Lawton questioned if Vettel’s Saudi oil sponsorship has anything to do with his opposition to Alberta’s oilsands.

When asked about the controversial t-shirt at a Friday press conference, Vettel doubled down on his opposition to Alberta’s oil industry.

“I think what happens in Alberta is a crime because you chop down a lot of trees and you basically destroy the place just to extract oil, and the manner of doing it with the tarsands, oilsands mining, is horrible for nature,” said Vettel.

“There’s so much science around the topic that fossil fuels are going to end, and living in a time that we do now, these things shouldn’t be allowed anymore, and they shouldn’t happen,” he added.

However, Vettel did also admit to being a hypocrite while responding to criticism.

“Yes, I am a hypocrite doing what I do for a living or doing what I love. We all have different passions, this is the way I sort of paint my canvas.”

Vettel was eliminated on Saturday from the Canadian Grand Prix.

This is not the F1 driver’s first climate stunt. Vettel also wore a t-shirt to the Miami Grand Prix that suggested climate change would cause the Florida city to be submerged underwater.

Vettel is not the first anti-oilsands celebrity accused of climate hypocrisy. Actor Leonardo DiCaprio and singer Neil Young have been outspoken opponents of Alberta’s oilsands, while also traveling on private jets.