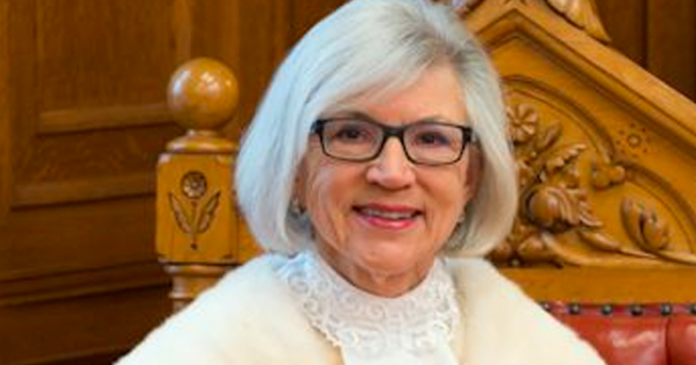 Former Chief Justice of Canada Beverley McLachlin says she will remain on a Hong Kong court despite ongoing civil liberties violations by the Chinese Communist Party.

The Hong Kong Court of Appeal was created in 1997 under an agreement between China and the United Kingdom. It contains 10 non-permanent foreign judges, including McLachlin.

In an interview with CBC News, McLachlin claimed that “the court is completely independent and functioning in the way I am used (to), in Canada, the courts functioning.”

Two British judges resigned from the court this year over concerns with the controversial national security law. The latter criminalizes what the government considers acts of terrorism, subversion, collusion and secession from China – including speech.

However, McLachlin believes resigning from the court would send “the wrong signal.”

“What Hong Kong needs, and the bar tells us they need, is that court to remain in place, to remain independent and to remain strong,” she said.

McLachlin claimed the Hong Kong government is “technically” independent from China’s Communist government, and “so far they have committed to supporting an independent court. So we’ll see what happens.”

She would also not denounce the CCP’s national security law, saying she may eventually have to make a ruling on the law, and hopes the government would respect the decision from that ruling.

“I don’t see myself sitting on a court whose rulings are not respected,” McLachlin added.

The Macdonald Laurier Institute (MLI) does not however support McLachlin continuing to serve on the court.

“She should stop abusing the privilege of having served Canada’s highest court, allowing its credibility to be exploited by an authoritarian life-time ruler, and stand for the rights of Hongkongers by stepping down without delay,” he added.