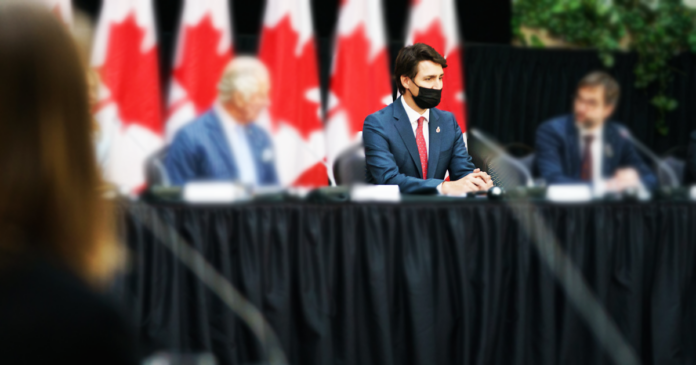 For many people around the world, Canada is a beacon of freedom and a shining example of democracy, but under Justin Trudeau’s rule, many now see Canada as an authoritarian country.

Over the past two years, Canadians have been stripped of their Charter rights. Unvaccinated Canadians have been locked away from leaving the country and from seeing family members, people were forced to stay home in order to “save lives”, businesses were forced to shut their doors, church gatherings were limited by order of the state and now the government is seeking power to control what you and can and cannot see and say on the internet.

How have the past two years changed the international reputation of Canada?

On this episode of The Rupa Subramanya Show, Rupa is joined by freelance writer Rav Arora to discuss his controversial column in the New York Post titled, Once a liberal democracy, Canada is now an authoritarian state. In his column, Rav questions whether he would have more personal liberty in his home country of India compared to Canada under Trudeau. He also writes about how Trudeau’s heavy-handed crackdown on unvaccinated Canadians has shifted the international reputation of the country.

On the show, Rupa and Rav discuss the challenges unvaccinated Canadians have faced, the comparisons between Canada and India and why despite the last two tumultuous years, they both still have optimism for the future of Canada.