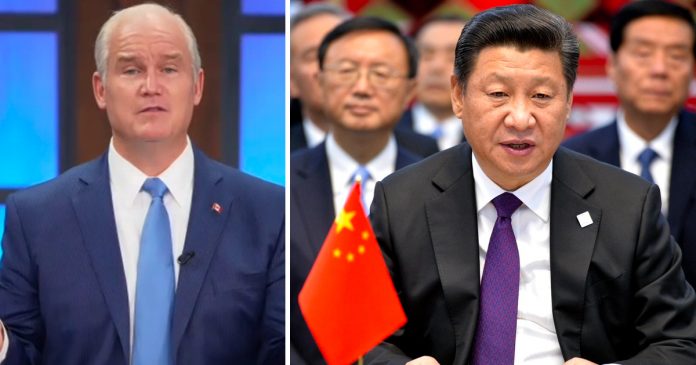 The Chinese Communist Party (CCP) may have attempted to spread disinformation about the Conservatives in the 2021 Canadian federal election in an attempt to influence the results of the election.

RRMC found that the Global Times, a CCP news organization, began reporting on the Conservative Party platform in mid-September.

The account of China’s state press agency on the platform Douyin, the Chinese version of TikTok, began to spread disinformation about the Conservative Party platform, saying that the Conservatives want to “break diplomatic relations with China.”

RRMC also found that some Canada-focused news accounts on the platform WeChat originated from China, but it is unclear whether or not they have direct links to the CCP as Chinese social media apps are not transparent.

The China-based accounts began to speak poorly about the Conservative platform saying, “Chinese are frightened by the platform,” and questioned whether “Chinese compatriots should support the Conservatives if they use this rhetoric.”

RRMC was “unable to determine whether there is co-ordination between the CCP media that originally promoted the narrative and the popular WeChat news accounts that service Chinese-speaking Canadians that are now amplifying the narrative.

The Conservative platform took a hard stance on China – seeking to reduce economic reliance on China, make it harder for Chinese companies to acquire Canadian companies and vowing to keep China and Russia out of the arctic.

Former Conservative leader Erin O’Toole told the CBC on a podcast that about 8-9 CPC MPs were denied their seats as a result of the CCP propaganda.

Conservative foreign affairs critic Michael Chong says that RRMC’sresearch is “another piece of evidence that the Communist leadership in Beijing interfered in the last general election by spreading disinformation.”

“It’s hard to measure whether that was the reason for the loss of some Conservative MPs. But I think we can safely say that it was a contributing factor.”