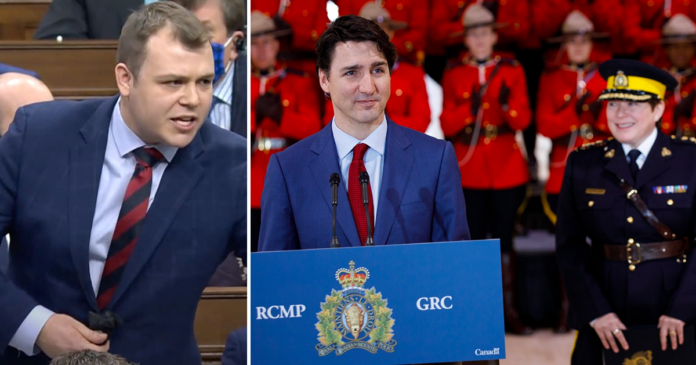 Conservative MP and emergency preparedness critic Dane Lloyd says RCMP commissioner Brenda Lucki should be fired if allegations that Lucki jeopardized the RCMP’s mass murder investigation for the political gain of the Trudeau government are true.

The Mass Casualty Commission released a document Tuesday indicating Lucki tried to pressure the Nova Scotia RCMP into releasing information about the guns used in the 2020 mass killings to advance the Trudeau government’s gun control measures.

Appearing on the Andrew Lawton Show on True North, Lloyd said if the allegation is true, Lucki should be gone.

Lloyd went on to elaborate, saying that not only should commissioner Lucki be fired, but also members of Trudeau’s cabinet who might have been involved.

“She’s not the only one who should be gone,” Lloyd said. “If these allegations are, in fact true, then I think there will be ministers, at least a minister, who would also have to lose their portfolio over this.”

Lloyd did not mention any particular ministers by name. However, Emergency Preparedness Minister Bill Blair is under scrutiny for his involvement, especially since the document from the commission said Lucki made a “promise” to Blair and the Prime Minister’s Office to assist with their gun control policies.

In a statement earlier this week, Lucki declined she interfered with an investigation but apologized for her conduct in the meeting during which another officer claimed she admitted to scheming with the Liberals on gun control.

“I regret the way I approached the meeting and the impact it had on those in attendance. My need for information should have been better weighed against the seriousness of the circumstances they were experiencing. I should have been more sensitive in my approach,” Lucki wrote.

Lucki did not deny Blair’s involvement. Blair and Trudeau have denied all allegations of wrongdoing.

“I’m telling you, and I would tell the superintendent if I spoke to him that I made no effort to pressure the RCMP to interfere in any way with their investigation. I gave no direction as to what information they should communicate. Those are operational decisions of the RCMP,” said Blair.