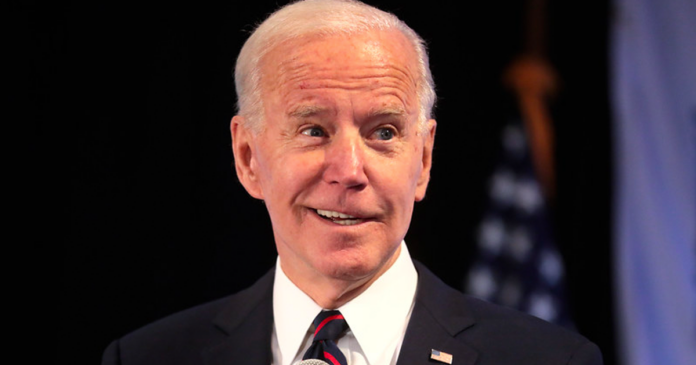 Whither the United States of America when Jimmy Carter, still hanging in at 98, has been displaced as America’s worst president by the man currently in the White House.

By every action he takes, President Joe Biden lays waste on other countries and claim to victory over Carter.

While Canadians rightfully point the finger at the Trudeau government for the country’s economic woes, the reality is Joe Biden is largely to blame.

While Prime Minister Justin Trudeau’s policies take some of the heat on Canada’s historical-high inflation rate of 7.7%, it’s the man in the Oval Office who keeps throwing wood onto the inferno.

Everything Biden does affects not only the U.S., but the world as well, and his decisions keep making the situation worse for everyone.

His infatuation with transitioning to green energy and his attempt to bankrupt Russia over Ukraine have both failed miserably, and the poorest nations are the first to feel the pain.

In what would once have been thought to be unthinkable, the U.S. is quickly disintegrating from the inside out.

Food shortages, additional corn being diverted for ethanol, fertilizer shipments cut by 20% by the railroads, livestock grain shipments being cut by 20% by those same carriers, record-setting fuel prices, the possibility of diesel fuel rationing within weeks, electricity brownouts and blackouts in California and Texas, and to top it all off, Biden is now trying to buy oil from Venezuela, a country the U.S. has been sanctioning for years.

To bluntly blame any single person for this clusterfest we’re now in, it’s Joseph Robinette Biden Jr., the 46th president of the United States.

The only man smiling is Jimmy Carter.

It’s not thrilling to lay personal blame on one person, but that’s where the chips have fallen.

Speaking at the Naval Academy’s commencement ceremony in Annapolis, Biden said that the class of 2022 is particularly well-equipped to change the world due to the graduates’ proven ability to navigate uncertainty.

“You’re graduating at an inflection point, not only in American history, but in world history,” Biden said.

“Things are changing so rapidly that the next 10 years will be the decisive decade of this century because they’re going to shape what our world looks like and the values that will guide it — not just in the immediate future, but for generations to come.”

An inflection point. A time of significant change, a turning point.

“We’re living through a global struggle between autocracies and democracies,” Biden said. “That’s what you’re graduating into … a world that more than ever requires strong, principal, engaged American leadership. Where America leads not only by the example of its power, but the power of its example.”

In a major departure from the decades-long “strategic ambiguity” towards Taiwan, Biden recently declared from Japan that the United States will in fact come to the island’s defense if attacked by China. But the White House has insisted there was “no change of policy.”

And that wasn’t his first time.

A few weeks ago, Biden advocated regime change in Russia, declaring in Poland that Russian President Vladimir Putin “cannot remain in power,” only for the White House to walk back his escalation.

Biden was loose-tongued and lacking in self-discipline.

He’s not the kind of president America needs.