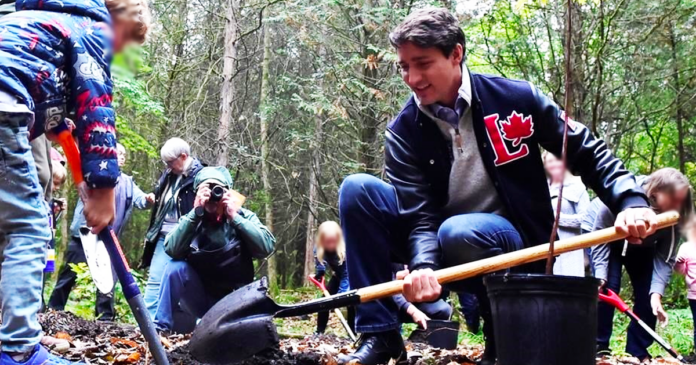 According to Blacklock’s Reporter, an Inquiry of Ministry tabled in the House of Commons shows that no trees were planted despite the hefty consultation fees.

“The department did not spend any funding to plant trees directly. Rather the department supports organizations planting trees with funding through grants,” wrote Natural Resources Minister Jonathan Wilkinson.

Trudeau made the pledge to plant two billion trees in his 2019 election platform but nearly two years later, only 0.4% of the target goal or 8.5 million trees have been planted.

The Liberals earmarked a whopping $3.16 billion over ten years to get the job done.

“To fight climate change, protect forests and create good jobs, the government proposes to provide up to $3.16 billion, over ten years, starting in 2021-22, with $2 million in remaining amortization, to Natural Resources Canada to partner with provinces, territories, non-governmental organizations, Indigenous communities, municipalities, and others to plant 2 billion trees,” a 2020 economic update read.

According to records, $2,099,901 of the taxpayer funds went directly into the pockets of bureaucrats in the form of salaries while $743,362 was put towards “operations and maintenance.”

Despite the slow start, Wilkinson told the House of Commons natural resources committee on May 19, 2022 that the government was comfortable in saying that it would reach its goal by the intended date.

“The 30 million trees that we will have planted this year were the product of actually going out and finding excess trees,” said Wilkinson.

“We’ve been very public that the numbers are going to ramp over the next number of years. We are very comfortable that we’re on track to get to two billion trees.”