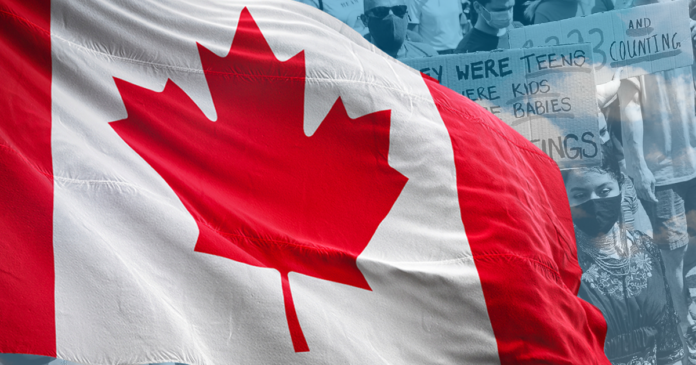 On this week’s episode of Ratio’d with Harrison Faulkner, Harrison takes a look on TikTok for some of the cringiest examples of woke activists calling on Canadians to #CancelCanadaDay. Even when a lot of the claims surrounding the unmarked graves have been debunked in recent weeks, the activists won’t stop calling Canada a “genocidal state.” Harrison says Canadians should ignore the woke mob and celebrate Canada Day!

Plus, as Canadians head to the nation’s capital to celebrate Canada Day, Ottawa Police have beefed up security and are on the prowl for “racist, homophobic, misogynist signs and speech.” We’re not really sure what counts as a “misogynist sign” but we hope everybody has a fun time this weekend.

And the winner of the Ratio of the Week Award goes to…Toronto Star columnist Althia Raj! This week, in the wake of the reversal of Roe v Wade in the US, Raj demanded Canadian Conservative leadership candidates shame the US Supreme Court. Go get em, Althia!