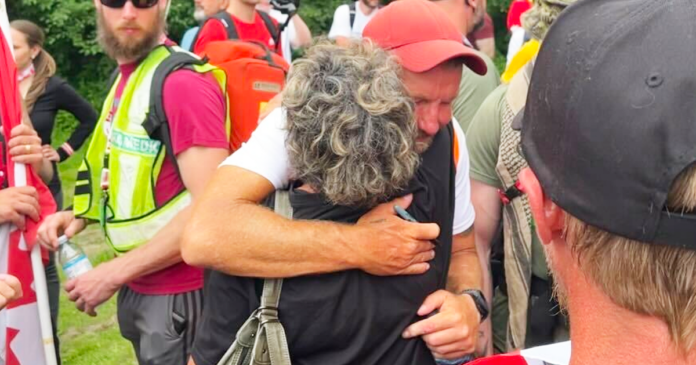 The legacy media has attempted to paint Canadian Armed Forces Veteran James Topp as “far-right,” and even a “Neo-Nazi.” But that didn’t stop thousands of Canadians from joining Topp in the nation’s capital as he finished his monumental 4000km protest march across Canada.

Despite the government’s extra security measures, Canadians welcomed Topp to Ottawa and even walked with the CAF veteran as he arrived at the Tomb of the Unknown Soldier.