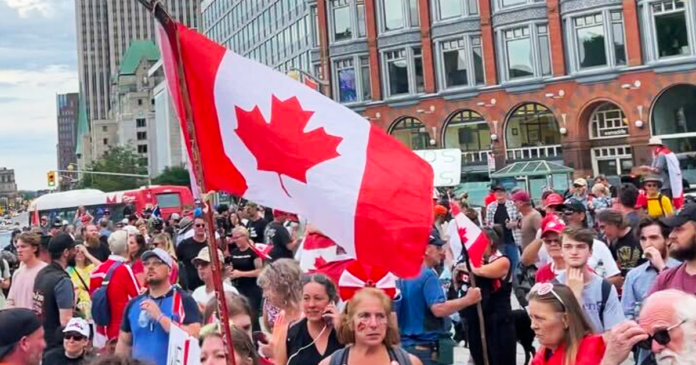 The last two years have been increasingly difficult for Canadians as government lockdowns and mandates had a detrimental effect on everyone – particularly the unvaccinated. However, despite the government’s heavy-handed response to Covid, many Canadians are still optimistic about Canada.

Yesterday, we witnessed thousands of Canadians participate in freedom events in celebration of Canada Day.

True North’s Elie Cantin-Nantel was in Ottawa and asked people why they thought Canada was still worth celebrating.