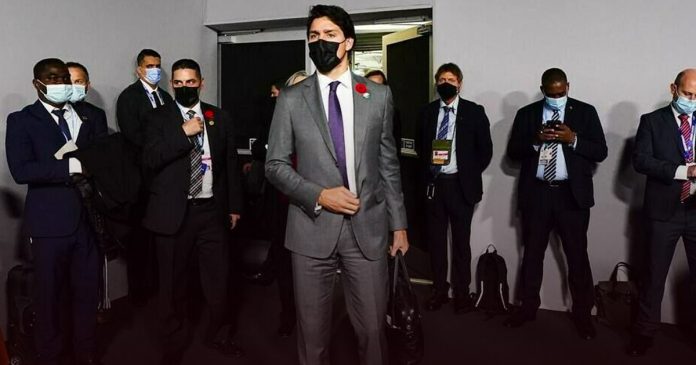 Garnett Genuis is the Conservative MP for  Sherwood Park—Fort Saskatchewan. In his time as MP, Genuis has raised awareness about international human rights violations and promoted a return to Canada’s principle-based foreign policy. He is currently the Conservative critic for International Development. Learn more about Genuis at www.facebook.com/MPGenuis.

Canadian democracy is in decline.

To even suggest that a few short years ago would have been shocking, but the signs of weakening institutions and fraying checks and balances are now unmistakable.

Critics of the “democratic decline” thesis are quick to point out that Canada is not Russia, Yemen, or China. This is obviously true but these critics are also missing a key point – democracy is not an all-or-nothing proposition.

The state of democracy is measured by the relative performance of a political system on a range of variables over time. There is a lot of space between “perfect democracy” and “complete autocracy.”

Canada has not ceased to be relatively more democratic than many countries, but Canada is also declining away from the attributes of a strong democracy. Rather than congratulating ourselves on the fact that we are doing better than some, Canadians should seize this moment to hold our government accountable and to reverse this trajectory of democratic decline.

The Stockholm-based International Institute for Democracy and Electoral Assistance (IDEA) is a global authority ranking the democratic performance of various countries. Their index focuses on five main composite variables – representative government, fundamental rights, checks on government, impartial administration, and participatory engagement. Their data for Canada is cause for concern.

IDEA has repeatedly highlighted the concern of democratic decline happening in certain parts of the world. For Canada, we are seeing the sharpest decline when it comes to the variable “checks on government,” a measure of the limits to executive power. In a well-functioning democracy, the executive arm of government is constrained in their ability to exercise arbitrary power. For IDEA, this attribute combines data related to parliamentary effectiveness, media integrity, and judicial independence, since parliament, media, and the courts are key checks on executive power.

Our overall “checks on government” score has dropped from 0.77 to 0.68 since 2015, moving us from “high performance” to “mid-range performance”. In this attribute, we now rank behind the United States and behind every single country in Western Europe.

Checks on government is a particularly important metric because other metrics depend on it. Fundamental rights, impartial administration, and democratic participation can all start to decline when there are not effective checks on executive power. This drop is quite significant considering that Canada’s performance on this metric did not vary outside the 0.76-0.78 range from 1975-2015. This makes Justin Trudeau the worst performing Canadian Prime Minister in this regard since IDEA started collecting data.

For those who follow the day-to-day of Canadian politics, it’s especially clear now why our performance on democratic accountability has dropped since Trudeau took office.

We are currently dealing with the failure of the government to hand over documents ordered by Parliament, the arbitrary use of the Emergencies Act and failure to hand over cabinet documents to the inquiry charged with looking into that action, the imposition of a draconian “Motion 11,” that gives the executive unprecedented powers to control the Parliamentary agenda, and alleged interference by the government in an RCMP investigation. These are just the key elements of democratic decline that we have seen in the last few months.

All of these actions actually came after IDEA’s most recent numbers came out though, so our score was already dropping under Trudeau well before all of these latest moves.

What has the record of the Trudeau government been on democracy in general? Since taking office Trudeau has dramatically expanded the state broadcaster and started a system of public funding to private media. This has significantly weakened trust in the independence of Canadian media. Trudeau has curtailed the functioning of Parliament and civil liberties, using the pandemic as an excuse to pass many large spending bills without even a modicum of committee scrutiny. He has also broken ethics laws while avoiding serious consequences.

If some nominally “conservative” and/or “populist” leader in central or eastern Europe had the same record as Justin Trudeau on media, on respect for Parliament, on treatment of protestors, and on adherence to law, it’s hard to imagine that they would not find themselves roundly and repeatedly criticized.

Canada is a great country and our greatness has always rested on a strong democratic foundation. That foundation is not about to disappear completely, but it is eroding. There is no sense in waiting for things to get worse before speaking out.