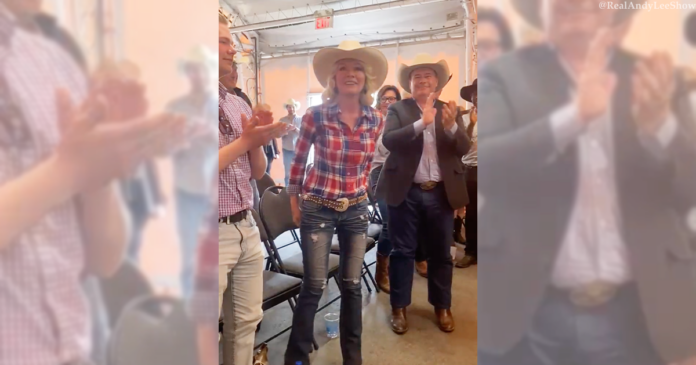 In recent weeks, legacy media journalists and pundits have questioned how the party will stay united after a heated leadership campaign.

“According to many in the media, when Liberals disagree, they are progressive and open-minded. But when (Conservatives) disagree, we’re divided and angry.” Bergen said.

Bergen appealed to the audience to stop using identity politics to divide the party with labels such as red Tories, blue Tories, social conservatives and libertarians.

The CPC hosted the stampede event after a two-year hiatus due to the Covid-19 pandemic. Dozens of current and former provincial politicians were in attendance, including candidates for the CPC and United Conservative Party leadership contests.

In her remarks, Bergen acknowledged that over 675,000 party members will be eligible to vote in the upcoming CPC leadership contest.

The membership sales raised $11.5 million in revenue for the party, one-third of which will flow to the party’s 338 electoral associations.

Last week, the leadership race saw a significant turn of events as Brampton Mayor Patrick Brown was disqualified by the  Leadership Election Organization Committee (LEOC). On Thursday, Brown’s former regional organizer Debbie Jodoin came forward with allegations that the Brampton Mayor was illegally paying her through a corporation – a violation of the Canada Elections Act.

Bergen did not specially address the Brown controversy, but, she thanked the members of the LEOC and said they have undoubtedly worked in the interest of the party.

Leadership is not “for the faint of heart,” Bergen said while urging the next Conservative leader to treat their caucus with trust and respect.

Bergen acknowledged that her stampede speech will likely one of her last as leader of the party, while describing the role as “the honour of a lifetime.”