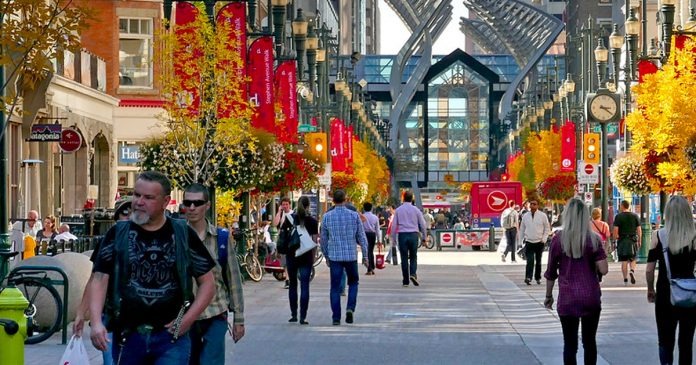 When it comes to uniting the country, half of Canadians believe Canada is on the wrong track, according to a new survey from Nanos Research commissioned by CTV News.

The survey asked Canadians whether the country is on the right track to building a united country.

Half of respondents believe Canada is on the wrong path, while 22% believe it is on the right one. 28% were unsure.

Those surveyed in the Prairies were the most pessimistic about the country’s direction, with 60% believing Canada is on the wrong path. 53.1% of Ontarians responded negatively, followed by Quebec (48%), BC (42%) and Atlantic Canada (40.2%).

According to the Nanos survey, men (55.4%) were more likely to believe Canada is on the wrong track compared to women (45%).

Further, younger Canadians had a more pessimistic view of the country compared to older generations. 58.2% of respondents between the ages of 18-34 say Canada is on the wrong track to achieve unity compared to ages 35-54 (53.2%) and 55 and older (41.7%).

Throughout the Covid-19 pandemic, governments in Canada have villainized individuals who chose not to receive the Covid-19 vaccine or disclose their vaccine status. Vaccine mandates and other public health restrictions have resulted in individuals losing their livelihoods and the loss of rights and freedoms, including the ability to travel and purchase groceries.

In Sept. 2021, Prime Minister Justin Trudeau even went as far as accusing unvaccinated Canadians of being “extremists, misogynists and racists.”

“Yes, we will get out of this pandemic by vaccination. We all know people who are a little bit hesitant. We will continue to try and convince them, but there are also people who are fiercely against vaccination,” said Trudeau.

“They are extremists who don’t believe in science, they’re often misogynists, also often racists. It’s a small group that muscles in, and we have to make a choice in terms of leaders, in terms of the country. Do we tolerate these people? Or do we say, hey, most of the Quebecois people – 80% – are vaccinated. We want to come back to things we like doing. It’s not those people who are blocking us.”

A poll in January 2022 revealed that more than a quarter of Canadians believe unvaccinated individuals should be imprisoned.