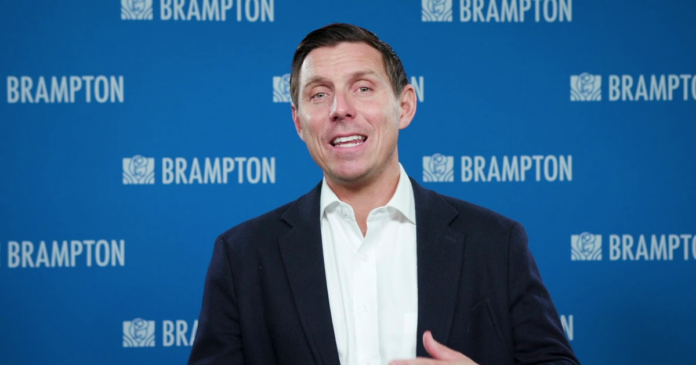 Four Brampton city councillors, including two deputy mayors, are calling on the RCMP to investigate the financial dealings of mayor Patrick Brown.

“We need an outside authority, not controlled by Brown, to conduct a thorough investigation,” reads a letter signed by councillors Pat Fortini, Martin Medeiros, Jeff Bowman and Gurpreet Singh Dhillon.

The elected officials say Brown does not want the findings of independent investigators hired to look into multiple city contracts and what they call a “‘questionable’ financial arrangement” with his associates made public.

Brown and supporting city councillors are alleged to have shut down four council meetings where discussions surrounding forensic investigations into the mayor’s conduct were meant to take place.

“At least one man in Brown’s inner circle who worked on his federal campaign, worked for a firm that received more than $500,000 from City Hall. Staff are unable to determine how this amount was approved under Brown or what work was completed for the money paid by Brampton taxpayers,” wrote the four councillors.

They claim that there are multiple other “questionable” city contracts and evidence linked to Brown’s Conservative Party of Canada leadership campaign.

As first reported by Rebel News, Brown also allegedly used City of Brampton employees for his campaign to be leader of the Conservatives.

True North reached out to the Brown’s campaign but did not hear back in time of publication.

The councillors want the RCMP and Elections Canada to investigate those allegations, and the Attorney General of Ontario to look into “any allegations and evidence that have already come forward as well as any that might come to light through the ongoing investigations.”

This is not the first time that Brown has been at the heap of controversy in his role as Mayor of Brampton. He had also been under fire for a failed university scheme and issues surrounding the city’s integrity commissioner.

Brown was also accused of breaking public health rules in August 2020, after Rebel News caught the mayor visiting a hockey arena maskless while Brampton was under strict government restrictions.

Brown was disqualified from the Conservative Party of Canada leadership race earlier this month for allegedly having broken campaign finance laws. The party has forwarded the case to Elections Canada for further investigation.

Brown has denied wrongdoing in both the Conservative leadership race and in his role as Mayor of Brampton. He also said fellow councillors broke the law with their attempt to appoint a councillor to replace Charmaine Williams, who was elected to the Ontario Legislature.

Brown has not yet decided if he will seek re-election as Mayor of Brampton, but the four councillors say “if Patrick Brown is not held accountable for his actions by the RCMP and the Province, our democracy will.”

The deadline to file to run for Mayor of Brampton is August 19, with the municipal election set to take place on October 24.