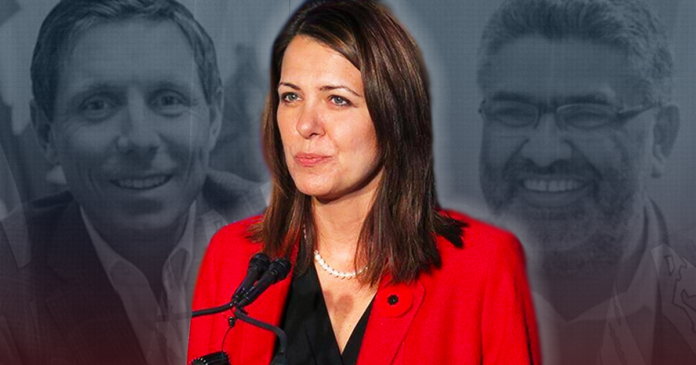 Two campaign sources say Smith will accept the endorsement Thursday night at a campaign rally near Toor’s Calgary-Falconridge riding. The sources are not being named as they are not authorized to speak about the matter publicly.

“The campaign chair has pressured the candidate into asking for endorsements from an MLA with a lengthy history of questionable ethics,” the source told True North.

Toor was heavily involved in Brown’s Alberta ethnic outreach and membership drives. Earlier this month, Brown was disqualified from the Conservative leadership race on allegations related to breaching financing rules in the Canada Elections Act. Before he was disqualified, Brown said his campaign sold 150,000 memberships.

In July 2021, Elections Alberta fined Toor $15,000 for violations both as a nomination candidate and as a candidate in the 2019 provincial election. Some of the charges for his time as a provincial candidate include filing a false financial statement, exceeding expense limits, and failing to deposit contributions into the account on record with the chief financial officer.

As a Wildrose candidate, Toor faced allegations that he advertised jobs for less than minimum wage. His Payless Liquor stores have been fined by the Alberta Gaming and Liquor Commission for several technical violations, including failing to demand proof of age.

Contacted by True North on Wednesday, Toor said his endorsement is “not final yet,” but that the former Wildrose leader is on his “short list.” Toor said if he backs Smith’s candidacy, he would help her sell memberships.

“To me, endorsement means full-fledged help,” he said.

UCP MLA Peter Guthrie — the only UCP MLA that has endorsed Smith, so far — also encouraged Toor to make the endorsement and for Smith to accept it.

Guthrie said MLAs should have their “finger on the pulse” of who their constituents are supporting and back that candidate. Toor is “evaluating the will of his constituents” and has been talking to those in his community about who to back, Guthrie told True North.

Smith’s campaign declined to comment when contacted by True North on Wednesday.

Sources also say Smith will be receiving an endorsement from former Calgary Flames player Theoren “Theo” Fleury. Smith announced on social media that Fleury would be a “special guest” at her Thursday night rally.

In the federal Conservative leadership race, Fleury endorsed and campaigned for Saskatchewan businessman Joseph Bourgault, who ultimately did not make the fundraising target required to appear on the ballot.

Smith submitted the entire $175,000 leadership fee along with over 4,500 nomination signatures — over double the requirements —  to the UCP on Tuesday. If approved, she’ll be the second official leadership candidate behind former Finance minister Travis Toews.