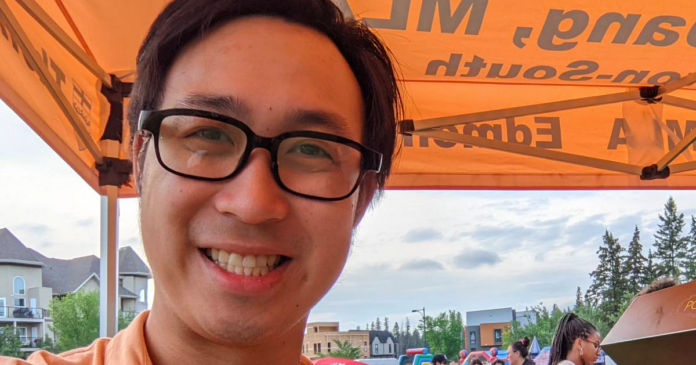 Dang was charged in June under the province’s Health Information Act for illegally attempting to access private information contained in the Alberta Health vaccine portal in September 2021. He faces a fine of $200,000 if convicted.

Dang has said he accessed the site to test vulnerabilities on the newly launched Alberta Health vaccine portal, and upon finding one — and uncovering a woman’s healthcare number in the process — he informed NDP chief of staff Jeremy Nolais and NDP director of communications Benjamin Alldritt, court documents show.

He was promoted to the critic portfolio one month later, in October, until he left the party to sit as an Independent MLA once the RCMP began investigating his actions in December.

“The fact Rachel Notley promoted Thomas Dang to be her democracy and ethics critic just one month after her office knew about his nefarious and illegal hacking tells you everything about how brazenly unethical the NDP has become under her watch,” United Conservative Party chief government whip Brad Rutherford said in a statement to True North.

“We’ve seen it for years now – the Notley NDP will say and do anything for a vote, while holding themselves to no standards whatsoever.”

In September, a constituent contacted Dang with concerns about potential vulnerabilities on the vaccine portal. Dang used Premier Jason Kenney’s birth date and vaccination dates, which are publicly available, to crack the site’s privacy safeguards.

Court documents first unsealed by the CBC refer to Dang’s attempts as a “brute force attack.”

Alldritt didn’t say Dang was the informant, but referred to the MLA as a “party.”

“It’s possible that this is a prank, but their tone seems genuinely concerned. Hopefully the dept can look into this ASAP,” he said in an email, according to the CBC.

One month later, Dang was given a critic title.

Alldritt declined to comment when contacted by True North on Wednesday, other than to say, “Unfortunately we don’t have dealings with True North.”

The RCMP was initially pursuing criminal charges against Dang, but those have been dropped. Dang has said he wants to return to the NDP caucus.

Dang did not immediately respond for comment from True North on Thursday.