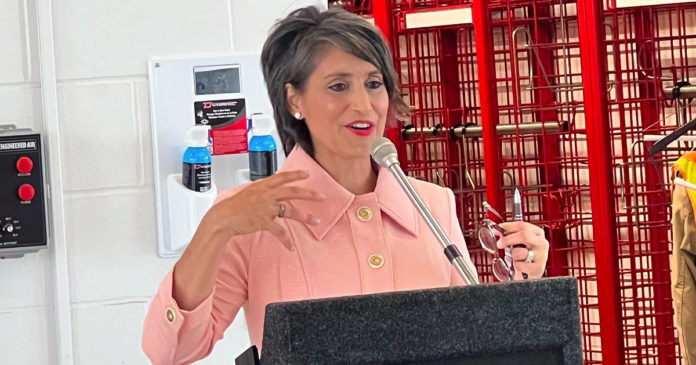 The event was hosted by Liberal MP George Chahal on July 10.

Aheer did not post photos of herself at the event, but shared a photo taken with a supporter in a crowd at the same location as the breakfast.

According to Aheer’s campaign manager Sarah Biggs, the UCP MLA was invited to the event by Chahal, one of Aheer’s childhood friends.

Biggs said she was unaware if Aheer used the event to collect nomination signatures or to campaign for leadership votes. Aheer would contact True North directly to answer such questions, Biggs said on Thursday.

However, Aheer did not contact True North or respond to multiple requests for comments on Thursday and Friday.

Aheer is considered to be the most progressive candidate in the UCP leadership race. She called the overturning of Roe v Wade “devastating” and has defended Covid restrictions. She also told the Calgary Herald that moderate Conservatives must purchase UCP memberships or the race may already be over, with the victory going to libertarian Danielle Smith.

Trudeau spent Sunday in Calgary where he attended the breakfast, visited the Stampede grounds and spoke at a Liberal fundraiser. The legacy media reported that the prime minister was “mobbed” by supporters, but onlookers booing Trudeau are audible in videos of the event.

The Trudeau Liberals are remarkably unpopular in Alberta. They hold just two seats in the province. Prior to the 2021 federal election, they held no seats.

Biggs said Aheer did not attend the event for Trudeau, but to meet with “local leaders.” She also said people from both sides of the political spectrum must gather.

“At some point, we need to stop putting barriers between Conservatives and Liberals,” Biggs said.

A spokesperson for Chahal told True North the event was public and the prime minister wasn’t advertised. The spokesperson declined to comment on Aheer’s reasons for attending, saying Chahal wouldn’t want to speculate on “anybody’s intention for being there.”

“I’m not aware of other leadership candidates being there,” the spokesperson said.

Aheer is one of the few candidates who has not yet submitted her official leadership application ahead of next week’s cutoff. Candidates must submit 1,000 signatures and $75,000 by Wednesday’s deadline.