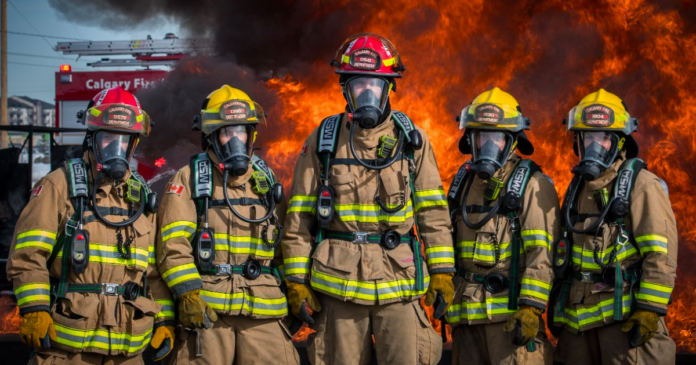 Nearly two dozen firefighters are taking the Calgary Fire Department to court over allegations that the city’s vaccine mandate violated their human rights.

According to LifeSiteNews, 19 unvaccinated firefighters are demanding $38 million in damages.

“There’s something tyrannical about these mandates. We can’t identity everybody behind it, but what we can do is hold people accountable, like the fire chief, politicians, city managers. Those people are responsible for their actions,” said Stephen Dabbagh who is leading the lawsuit.

Dabbagh who has worked for two decades as a firefighter was forced to resign from the department on Dec. 8, 2021.

A statement of claim to the Court of Queens Bench of Alberta details $2 million in damages for mental stress and Charter violations as well as violations under the Criminal Code.

“By forcing its loyal employees to take experimental injections as a requisite to employment, the City has breached its legal duty to take reasonable steps to prevent bodily harm to its Employees contrary to section 217.1 of the Criminal Code of Canada,” the lawsuit reads.

“The Plaintiffs have suffered measurable damages, including mental distress, anxiety, and, in particular, injury to dignity and self-respect. The Plaintiffs are therefore entitled to significant damages due to the manner in which the City suspended their employment, including a claim for punitive aggravated damages arising from flagrant human rights and Charter violations.”

A vaccine mandate was introduced by the City of Calgary in Oct. 2021. All city employees were required to show proof of vaccination, take frequent tests or provide a medically approved exemption.

“The law says we have these rights (to refuse the jabs via Canada’s Charter) even if they are not being upheld by the courts,” Dabbagh said.

“For me, it is using every avenue to fight against the political and ideology tyranny of these mandates. … These medications, or whatever they are called, are not safe and did not work.”

Lawyer Leighton Grey is currently representing the group. The City of Calgary declined an opportunity to provide comment, citing the fact that the matter is currently before the courts.

“The city of Calgary through its vaccine mandate has violated the human rights of the workers by discriminating against them on the basis of religion, and arbitrary discrimination against one’s medical choice,” Grey told LifeSiteNews.

“We are seeking a declaration from the court that this (jab mandates) violates their human rights as per the charter.  We are asking the court to recognize that these vaccine mandates violate, rights.”