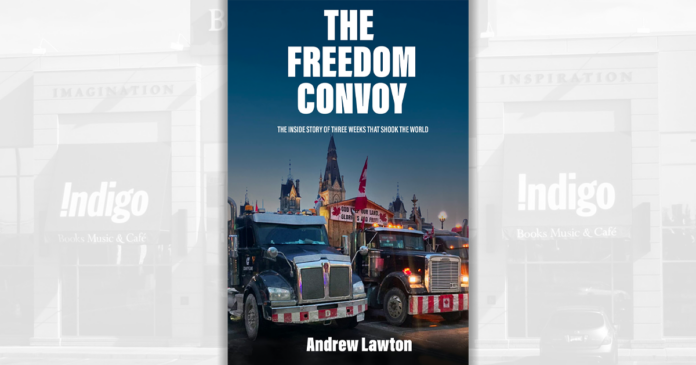 Canadian bookstore giant Indigo is refusing to sell The Freedom Convoy: The Inside Story of Three Weeks that Shook the World in its stores – despite the book being a best-seller.

Written by True North senior journalist Andrew Lawton, the book combines Lawton’s reporting and exclusive interviews with organizers and strives to tell the whole story of what happened in Ottawa during the convoy.

In a statement to the National Post, Indigo said it is not selling the book in its stores because they have limited shelf space for books.

“We believe that access to books fuels discussion and can bring about change. We are committed to representing the diversity of Canada in the books and products we sell, feature, and promote,” Indigo said in a statement.

Since publication, the book has topped a number of bestseller lists, including on Amazon Charts, in the Toronto Star, and in the Globe and Mail.

Indigo says Lawton’s book can still be purchased from its website.

The publisher of the book, Sutherland House, told the National Post that they were shocked by Indigo’s decision to not sell the book in its stores.

“We have a good relationship with Indigo,” Sutherland House founder Kenneth Whyte said to the National Post. “So, this was surprising.”

“Maybe they don’t think the people who would be interested in this book would shop at Indigo.”

Whyte indicated that he reached out to Indigo to reconsider their decision since the book continues to top bestseller lists across Canada. However, Indigo was still not interested. Whyte fears Indigo has “a problem with the subject matter or the perceived politics in the book.”

Purchase your copy of The Freedom Convoy: The Inside Story of Three Weeks that Shook the World by Andrew Lawton at Amazon or Sutherland House.