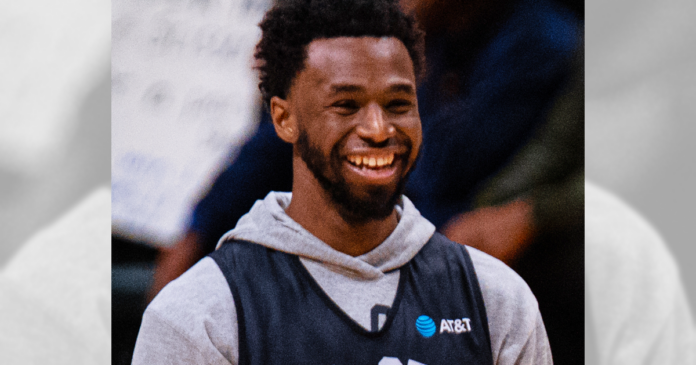 Canadian NBA All-Star Andrew Wiggins says he regrets taking the Covid-19 vaccine after feeling like he was forced to do so by the NBA.

In an interview with Fansided, Wiggins said that despite having a career year, becoming an NBA All-Star and winning the NBA Championship, he still regrets getting vaccinated for Covid-19.

Some NBA teams began to introduce a strict vaccine requirement for the 2021-2022 NBA season in order to adhere to public health rules implemented by many North American cities and states.

The Golden State Warriors, based in Oakland, California, required Warriors players to get vaccinated to play with the team, with non-compliance being met with a $350,000 fine for each game missed.

If Wiggins chose to remain unvaccinated, he would have had to miss all games in Oakland, amounting to half of the season, as well as any games taking place in cities with similar rules like New York and Toronto.

A practicing Christian, Wiggins applied for a religious exemption to the vaccine mandate, but the NBA denied his request.

The Canadian NBA all-star ultimately decided to get vaccinated with the Johnson & Johnson one-dose vaccine.

Last season, Wiggins became an All-Star game starter and played an important role in the Warriors winning the 2022 NBA Championship.

Despite the harsh Covid-19 vaccine rules for NBA players, a few players decided to remain unvaccinated in spite of the consequences.

NBA superstar Kyrie Irving missed most of the 2022 NBA season as the Brooklyn Nets had a mandatory vaccine policy due to New York City having some of the strictest Covid-19 measures in the US. As a result, Irving was initially not even allowed to play in away games until the team began to struggle, forcing the Nets’ management to let Irving play.

Orlando Magic forward Jonathan Isaac refused to get the Covid-19 vaccine and remained sidelined for the entire 2022 NBA season.

Philadelphia 76ers guard Matisse Thybulle remained unvaccinated but was allowed to play in most games due to Philadelphia not having Covid restrictions similar to New York or Oakland.

However, Thybulle could not participate in NBA Playoff games against the Toronto Raptors in Canada because of the Trudeau government’s mandatory vaccination policy to enter Canada.