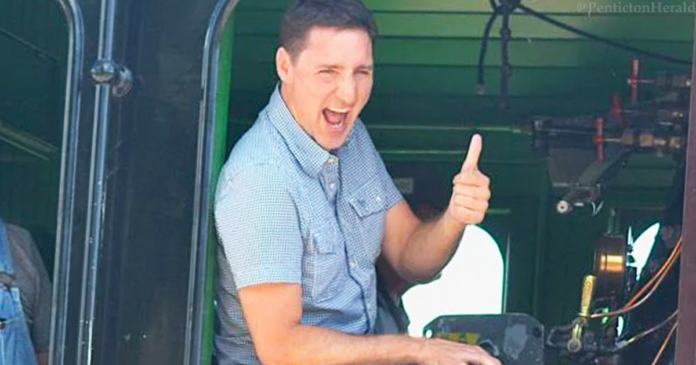 In Canada, travellers on commercial trains are still required by law to wear a mask at all times. However, if you’re the prime minister participating in a photo-op on a train, no mask is needed. Does that make sense to you? Probably not but as Canadians have been told since the start of the pandemic – trust Trudeau’s ever-changing Covid science!

Plus, Joe Rogan blasts Trudeau, calling him a “creepy dictator” and of course, the Tru-Anon gang comes to the defence of Canada’s prime minister.

The state broadcaster gives Canadians some timely financial advice as inflation hits a record-high 8.1% – just ask for a raise or get a better job. Stop being poor, obviously.

And finally – for the low price of $58, you can dismantle white supremacy by buying a box of vegetables.