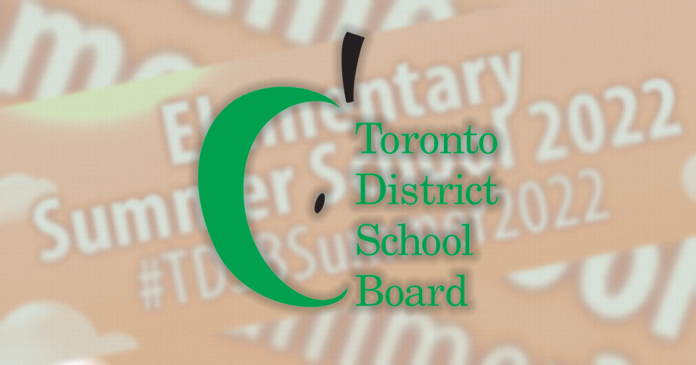 The Toronto District School Board’s (TDSB) Elementary summer school program was advertised as an opportunity for young students to brush up on their literacy and numeracy skills.

But parents would no doubt be surprised to learn that at least one school – Lynnwood Heights Junior Public School – young kids are being forced to learn about “white privilege” and racism.

There are probably more teachers at the 36 schools with TDSB summer school programs involved in this weird social science experiment.

But one woke teacher – who identifies as she/her/hers – was emboldened enough by her wokeness to tweet about her own efforts to indoctrinate her Grade 3 class.

Elementary school teacher Vanessa Lau proudly tweeted Wednesday that her class has really grown since their first lesson on racism, segregation and the lack of growing representation in Hollywood.

I’m not sure what representation she believes is needed in Hollywood, or whether LaLa Land should serve as any kind of standard.

Suk Wu, a TDSB vice-principal who also identifies by the pronouns she/her/elle, subsequently lauded Lau for the “poignant” equity work she is doing with her students.

Held from July 4-29, the full and half-day classes for Grades K-8 are in essence supposed to be improving numeracy and literacy. A handful of schools also list “social justice” and “anti-black racism” as part of their summer school curriculum but most do not.

Lynnwood Heights only mentions numeracy and literacy, and promises that students will be challenged to improve their reading, writing, oral literacy and problem-solving skills.

There is no mention of racism or equity in the proposed curriculum.

But that appears not to have prevented Lau from her indoctrination efforts – suggesting that without parental oversight the woke teachers are taking it upon themselves to sabotage the curriculum in favour of what they feel kids should be learning.

At one time, that was a case for discipline. Now it is celebrated.

Let’s not forget this is the school board run by black activist Colleen Russell-Rawlins, a proponent of Critical Race Theory.

She appears to have gone out of her way to dumb down the curriculum, remove any kind of standards for those seeking to enter specialized arts and sports and to provide special tutoring, coaching and other incentives for black students only.

I would venture to guess that under Russell-Rawlins, woke teachers like Lau will likely be on the promotion fast track.

This is yet more proof that parents have to wake up and pay attention to what woke teachers are doing to their kids.

I have said it before but it bears repeating: Public school is not meant to be a social experiment.

By allowing this without censure TDSB and other school boards are failing Ontario students.