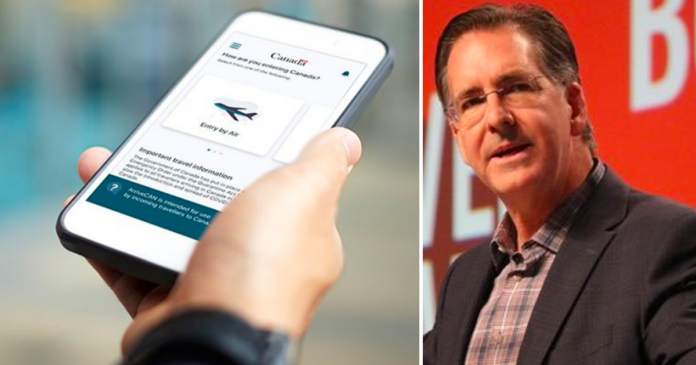 NDP member of parliament Brian Masse is calling on the Trudeau government to scrap the controversial ArriveCAN requirement, saying it has nothing to do with public health.

“I always fight for safety 1st, ArriveCAN is not that. It’s being used as a back door to permanently track all border crossing,” Masse said.

“MPs need to speak up now or it will destroy our tourism industry, frustrate & create longer line ups when the technology fails.”

Masse told the Windsor Star he has been calling for the requirement to be scrapped for about a month.

“All it does is delay traffic and frustrate people. It has no practical application to enhance public safety.”

Masse believes one of the reasons the app doesn’t enhance safety is because people can input their details 72 hours before their crossing, giving them time to get infected with the virus.

He also said that ArriveCAN “only covers vaccinations one and two,” and not the boosters – making the app outdated.

Masse told the Windsor Star that there is a consensus among border town MPs that the app is causing harm to Canada’s reputation.

“Branding is now becoming an issue,” said Masse. “All border MPs know this. We are basically watching the destruction of our tourism industry.”

“People are just going to stay away.”

Despite growing demands from the public, politicians and industry experts to scrap ArriveCAN, the Trudeau government is continuing to double down on its mandatory use – claiming the pandemic isn’t over.

The feds also recently made enhancements to the app to allow people to submit CBSA customs and immigration declarations prior to their arrival.

This has led to speculation the Trudeau government is planning on making the ArirveCAN app a permanent feature of entry to Canada.