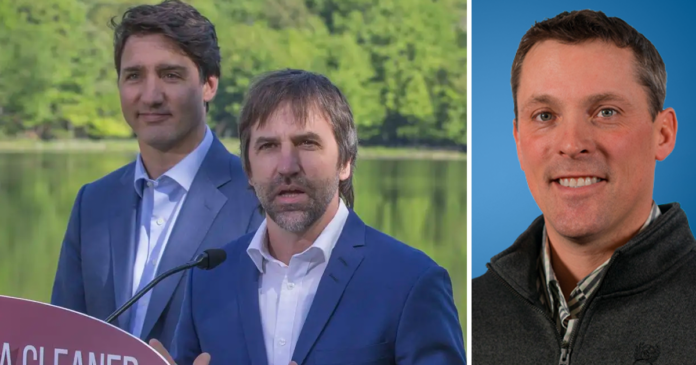 Alberta Agriculture Minister Nate Horner says Ottawa’s edict to reduce fertilizer use by 30% seems like a target  “pulled out of the air.”

The Trudeau government is looking to impose a requirement to reduce nitrous oxide emissions from fertilizers by 30% as part of its overall effort to reduce emissions by 40 to 45% by 2030.

The mandate will result in less food production at a time when the world needs increased capacity that Canada could supply, or higher production costs which will ultimately be passed to the consumer, Horner said.

“It’s just another issue where we feel that the feds either don’t understand or they don’t completely care about the consequences,” he told True North.

As Ottawa undergoes consultation about its target, Horner said provincial agriculture ministers hoped the reduction was up for discussion. But, he said he was disappointed to learn from his federal counterpart Minister Marie-Claude Bibeau that the 30% target would not be reconsidered.

The consultation process will only consider how Ottawa can achieve its objectives, Horner said.

“They’re going to consult on the process, but they weren’t going to change their goal.”

He said Ottawa doesn’t have a good “baseline” understanding of the work already being done to reduce emissions in the prairies. And “unless you’re going to look at emissions per unit of production, (Ottawa) is not being really upfront about the two different challenges that we face,” he said.

The first challenge is the demand to increase production “in a big way,” and the second is that farming is becoming less financially viable, especially with the ever-increasing carbon tax.

All seven United Conservative Party (UCP) leadership candidates have also opposed the edict and promised to fight back, should they be elected Premier in October.

In the Netherlands, farmers have been in the streets for weeks protesting strict emission targets. Tens of thousands of farmers and their supporters have formed convoys throughout the country demanding a referendum on the Dutch government’s measures. As a result of the chaos, farmers have even been fired upon by police.

Now, the head of one of Canada’s premier agricultural groups is warning that strict domestic emissions targets could spur a similar reaction from the industry.

“But, you know, all I can say is, if you push farmers back right up against the wall where their livelihood is at stake and it’s a direct result of government overreach and non science based policies, then, who knows what could happen?” Western Canadian Wheat Growers president Gunter Jochum told True North in an interview earlier this month.

Horner said new research and technology is working to reduce emissions and farmers will continue to “naturally go down that path.”

“But if it’s forced…it’ll cost farmers more (and) maybe they’ll use less and they’ll produce less,” he said.