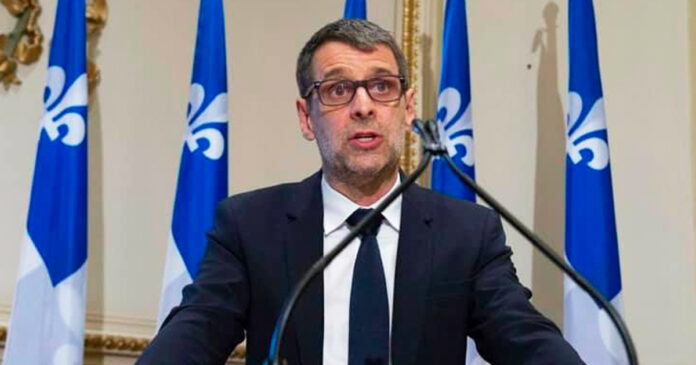 The Conservative Party of Quebec (PCQ) is gaining popularity among the province’s anglophone voters.

A recent Leger poll showed that the PCQ is now polling second among english-speaking Quebecers, with 22% of them saying they intend to support the party.

As reported by TVA Nouvelles, this is a significant increase from the marginal support the PCQ received in the 2018 provincial election.

The federalist Quebec Liberal Party still has the most support among non-francophone voters (49%), but that support has dropped.

Political scientist Philippe Dubois told TVA that “the sovereignty-federalism axis is no longer the main divide that characterizes the political game in Quebec, which allows others to express themselves [such as the] left-right [axis].”

He added that this “partly explains the fall of the Parti Québécois and the Liberal Party to the benefit of third parties like the Coalition Avenir Québec, Québec solidaire, and now the Conservative Party.”

According to Dubois, the Liberal Party’s dithering on language issues has caused anglophones and allophones to look for other political options. The pandemic and government restrictions are also a factor.

The PCQ have been one of the most vocal critics of Quebec Premier Francois Legault’s extreme Covid restrictions regime – which included lockdowns, regional travel restrictions, curfews and vaccine passports that limited access to churches and groceries.

Speaking to TVA, PCQ leader Eric Duhaime said that there is “indeed an interest among non-Francophones”.

“With the Parti Québécois, Québec solidaire and increasingly the CAQ with the arrival of Mr. Drainville and Ms. Saint-Hilaire, it is becoming less and less an option… There remains the Conservative Party and the Liberal Party.”

However, Duhaime says many anglophones have been “perplexed” by how the Quebec Liberals have responded to the Legault government’s controversial Bill 96. He also said that the party has shifted to the left.

“Dominique Anglade who wants to make a kind of federalist Québec solidaire of the Liberal Party. I see the Liberals crossing over. These are people who are more centre-right.”

Bonnie Feigenbaum is an English-speaking Quebecer who left the provincial Liberals for the Conservatives.

Feigenbaum wrote in The Suburban that “the Quebec Liberals had a dismal performance on Bill 96, then former senior Liberals admonished the Anglos in a June 7th Gazette Op Ed.”

Duhaime also told TVA that the PCQ is getting support among first and second generation immigrants.

“It’s certain that when there is a drift [pandemic] like the one we have experienced in the last two and a half years, these people are more concerned than we are,” said Duhaime, adding that “they cherish their individual freedoms and democracy more.”

“They came here to offer freedom to themselves and their children.”

The Quebec Liberal Party has been struggling to gain momentum since it suffered an historic electoral defeat in 2018. They also placed fifth in an April by-election, with the incredibly poor performance having not been predicted by the polls.

The Liberals are also behind other parties when it comes to selecting candidates for the upcoming election, as reported by La Presse.

According to the latest polls, the Quebec Liberals are set to lose even more seats in the upcoming October election, while the Conservatives are on track to make historic gains.