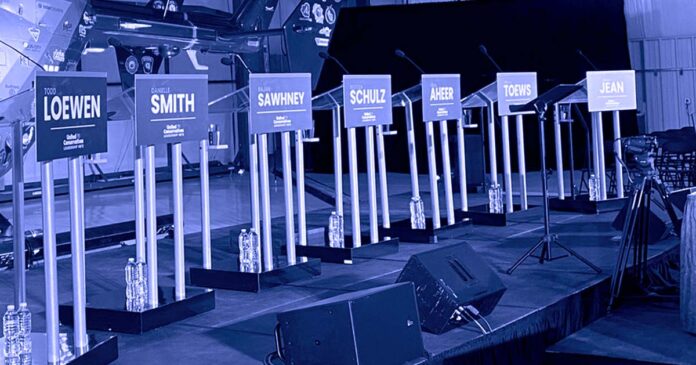 On the first episode of True North’s Alberta Roundup with Rachel Emmanuel, Rachel takes us inside the United Conservative Party (UCP) leadership race and breaks down the winners and losers of last week’s debate. Danielle Smith – the perceived frontrunner to become the next leader of the UCP and Premier of Alberta — fielded most of the heat on Wednesday night as the rest of the pack took advantage of their opportunity to square off with the highest profile candidate in the race.

Also, an Alberta Court of Appeals judge ruled in Pastor Artur Pawlowski’s favour this week, ordering the Alberta Health Services to reimburse the fines Pawlowski was forced to pay for refusing to comply with government-ordered church capacity limits.

And Alberta Agriculture Minister Nate Horner took aim at Trudeau’s newest fertilizer reduction scheme, saying that Ottawa pulled these emission reduction targets “out of thin air”. All of that and more on the first episode of Alberta Roundup with Rachel Emmanuel. Tune in now!