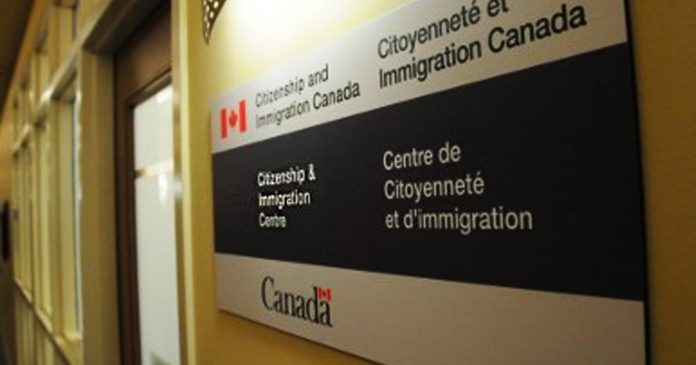 Rabea Allos is the co-founder and member of the executive committee of the Catholic Refugee Sponsors Council. Rabea has advocated for refugees since 2005, particularly for Christians and other vulnerable minorities from the Middle East. He has appeared a few times in Canadian Parliamentary Committees, including Foreign Affairs and Citizenship & Immigration.

Immigration is a vital sector and dynamic of the Canadian Economy. Immigrants keep the growth of our economy on the proper trajectory. Their numbers in the workforce keep the Canadian Pension Fund afloat.

Immigration levels are always a source of debate: too many; not skilled enough; too old; no net benefit or a drain on our social programs. But regardless of what your position is on immigration,  Canada’s declining birth rate aging population and labour shortage crisis reveal that immigration is an integral part of Canada.

The federal government’s 2022 immigration target is 431,000. Whether this number is based on any performance criteria is another matter. However, there is no independent Parliamentary Officer to track the functioning of the department for the House of Commons and for the Canadian public.

For example, Immigration, Refugees and Citizenship Canada (IRCC) does not disclose retention rates, so the public doesn’t know whether the recruitment is efficient (recruits or approved “ideal numbers”) or effective (success rate measured by the numbers who strive to contribute to the country once landed). Knowledge of these retention rates is especially important for decision-makers looking to build support for one immigration stream or another.

How do we know that there is a retention problem? In 2019, the Munk Centre published a summary of all existing literature and numbers on retention. The report details how Ottawa “estimates” and “lowballs” the retention rates and numbers while agreeing that, as of 2011, there were at least 3.0 million Canadians living abroad,

The Munk Report acknowledges that nothing much has been written on the subject since a 2011 report by the Asia Pacific Foundation.

There are several immigration streams. Knowing which stream has higher retention, would give the government direction on where to focus immigration policies. Streams with low retention rates tend to muck up the system with higher backlogs.

While IRCC can provide annual intake [landed] numbers for all streams, it does not provide any “exit”  (naturalized Canadians and immigrants leaving Canada) numbers. There is no audit of the “net numbers” (those landing as immigrants vs those leaving Canada). Crudely put, there is no analysis of “people in, people out,” and no measurement of performance outcomes.

Two problems immediately come to mind. First is the number of naturalized Canadians who leave Canada annually – effectively abandoning the investment made in going through the process of immigration. Estimates based on a study by Statistics Canada in December 2018, suggest annual numbers in the 200,000 range.

If this is the case, is IRCC obligated to inflate the annual landing targets to 431,000 just to cover the economic loss of 200,000 Canadians leaving Canada? If that many are leaving, of what value are IRCC’s policies?

Immigration, Refugee, Citizenship Canada (IRCC) publishes annual statistics of immigrants landing in Canada whether they are immigrants under different immigration programs, refugees and work permit visas. However, IRCC does not publish numbers of naturalized Canadians (immigrant, refugee, foreign workers) who leave Canada annually; we do not know if those numbers are tracked. In addition, there are no formal numbers of foreign workers who choose to stay beyond the expiration of their work permit visas.

As for undocumented workers, Ottawa does not deny the issue. A Parliamentary Standing Committee studied the problem. Some MPs have quietly provided the one million number. But there has been a political/bureaucratic/media/industry/union consensus to not publicly acknowledge it as a problem.

In a word – no, they deny having reliable data. If there is no data, there is no problem. It is ironic to have several millions of citizens/Immigrants leave Canada, while one million undocumented workers remain in Canada. It is proof of how flawed IRCC’s selection process is.

It is time to create an independent body to oversee IRCC. A body that provides independent audit and analysis of the IRCC’s different immigration streams, retention numbers, backlogs, as well as any other data that can help the government improve Canada’s immigration system. A Parliamentary Immigration Officer is needed, now more than ever, to ensure that IRCC operates in an efficient and effective way to ensure program integrity.