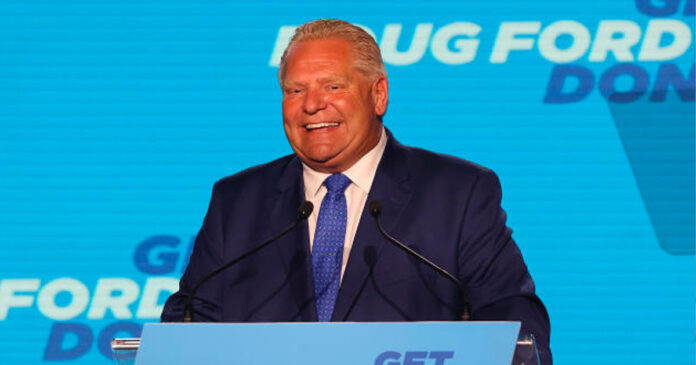 According to a report released by the Fraser Institute, the Ford government has increased the provincial deficit and debt despite commitments to balance the budget and bring down Ontario’s debt before getting elected.

When in opposition, the Ontario PCs fought Dalton McGuinty and Kathleen Wynne’s record of deficit spending and debt accumulation and promised a new fiscal direction for the province.

In 2018, the PCs proclaimed that “(O)ntario doesn’t have a revenue problem. It has a spending problem. Efficiencies exist all across the government, whether it is how different agencies and ministries purchase goods or how they deliver services.”

Despite the PCs pre-election rhetoric, the Ford government has carried on the Liberal platform of increasing government debt and deficits with spending projections not expected to come down anytime soon.

Regarding per-person spending adjusted for inflation, the Ford government brought this figure down from $11,501 to $ 11,416 or $85 per person.

The 2022/2023 budget brought forward by the PCs has the per-person spending increasing by 2.9% from pandemic levels, bringing per-person expenditures to $11,783, higher than the Wynne government left.

The Ontario government has been running budgetary deficits since 2008/2009, with Ontario’s per person debt reaching just over $26,000 upon the PCs inheriting power.

During the pre-pandemic years of Ford’s government, the Liberal trend of ever-increasing government debt continued, with net debt per person increasing by approximately $300 over two fiscal years.

While the response to the Covid pandemic expectedly drove government debt up, the Ford PC’s spending plan forecasts that the debt will continue to increase despite the pandemic coming to an end.

“For the Ford government to fulfill its promises to restore Ontario’s finances, it must make a sharp course correction during its second term in office,” Eisen said.