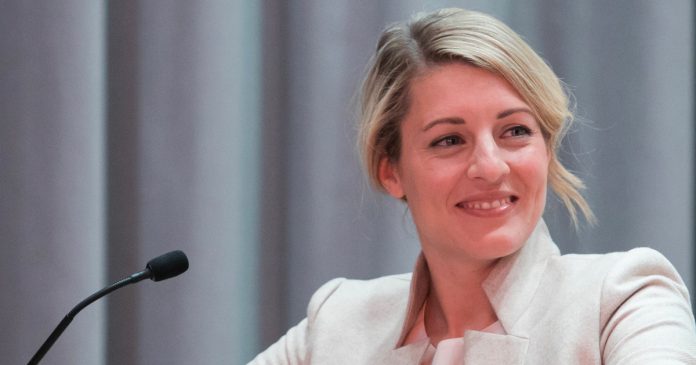 The Trudeau government’s foreign affairs minister Melanie Joly and other G7 countries called for the Chinese regime to de-escalate tensions with Taiwan and the broader western world as US Speaker of the House of Representatives Nancy Pelosi arrived in Taiwan on Tuesday.

In response to Pelosi’s visit to Taiwan, the People’s Liberation Army (PLA) has taken an aggressive stance against Taiwan, provoking a joint response from the foreign affairs ministers of all G7 countries.

“We are concerned by recent and announced threatening actions by the People’s Republic of China (PRC), particularly live-fire exercises and economic coercion, which risk unnecessary escalation. There is no justification to use a visit as pretext for aggressive military activity in the Taiwan Strait,” read the joint statement.

The PLA has deployed 27 warplanes to buzz Taiwan’s air defence zone, forcing Taiwan to scramble its own fighter jets to deter the Chinese planes.

Taiwan’s defence ministry claims that they spotted unidentified aircraft, most likely drones, flying over the Kinmen Islands, Taiwanese territory that is only a few miles from the Chinese mainland.

The PLA has fired multiple multiple Dongfeng ballistic missiles around Taiwanese waters and into the Taiwan strait, with some missiles allegedly flying over the island.

Taiwan’s foreign ministry released a statement condemning the military exercises, saying the country is following the example of North Korea and that China needs to exercise some self-restraint.

The joint G7 statement decries the Chinese regime’s hostility, claiming that their actions run the risk of destabilizing the region.

The G7 ministers reassured the regime that they wish there to be no changes to the status quo – maintaining the One-China policy and wishing to respect the Taiwan strait’s neutrality.

“We call on the PRC not to unilaterally change the status quo by force in the region, and to resolve cross-Strait differences by peaceful means,” reads the statement.

“There is no change in the respective one China policies, where applicable, and basic positions on Taiwan of the G7 members.”

Conservative leadership candidate Scott Aitchison praised Pelosi for her visit to Taiwan and criticized the Canadian leadership for not standing up for Taiwan.