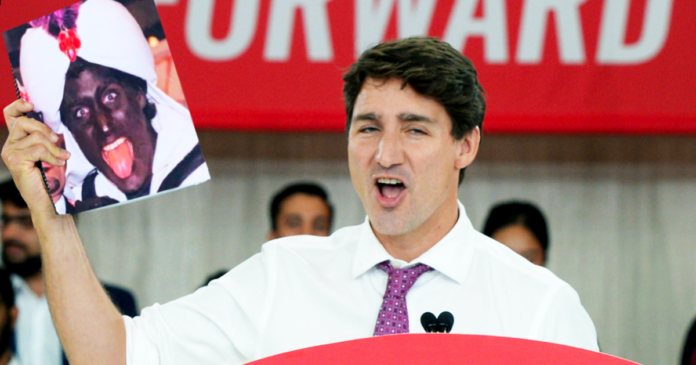 With the help of the legacy media, Canadians can rest easy knowing that they have been right all along about Justin Trudeau – that he is a narcissist. Earlier this week, the Canadian Press reported that Trudeau had been gifted 17 portraits of himself from world leaders (including one from Xi Jinping). It also turns out that the Chinese government gifted Trudeau a very fancy e-bike and a Huawei cellphone back in 2017. Does any of this really surprise you though?

The CBC aired a segment on The National about a group of black activists in Guelph burning books in the name of racial justice as part of their Emancipation Day coverage. It turns out that book burning for left wing causes is totally acceptable now – at least if you ask the CBC.

A group of British climate activists have claimed responsibility for slashing 34 SUV tires in Victoria this past week to protest a lack of action for climate change. Nothing says you want to save the planet quite like slashing tires on cars that will just get new tires after a tow truck has towed them to a mechanic.

The BC NDP are the winners of this week’s Ratio of The Week award for being very proud about their role in using your tax dollars to “fund gender affirming surgeries” in the province. It turns out that British Columbians weren’t quite as proud.

Tune into Ratio’d with Harrison Faulkner.