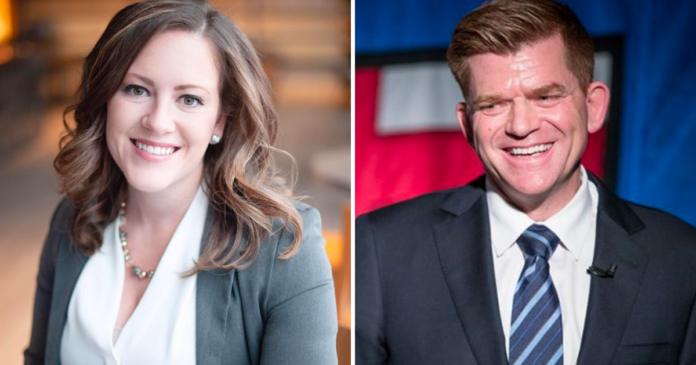 The policy has long been discussed as a means to give Alberta more autonomy.

Instead of a provincial force, Schulz said the RCMP and municipal police services should dedicate resources to rural crime under a new Rural Crime Response Unit within the Alberta Law Enforcement Response Teams.

A provincial force is “not supported by municipalities and is not top of mind for Albertans,” Schulz wrote in a policy announcement published this week.

“The $180 million or more for our own police force could better be invested to address boots on the ground to tackle rural crime or community safety.”

Jean opposes any policy that would reduce the number of police in the province, campaign manager Vitor Marciano told True North.

The leadership candidate would consider creating a provincial police force and offering it to small and medium sized cities, therefore freeing the RCMP for rural Alberta, Marciano added.

Edmonton, Calgary and other municipalities have police forces governed by the province. The remaining roughly 20% of Albertans are policed by the RCMP.

According to Statistics Canada, rural residents in the Prairies are impacted by higher rates of property crime than those living in urban areas.

The PricewaterhouseCoopers report, commissioned by the provincial government and made public in October, said a provincial force would result in a 4% increase in the number of police officers on the street. It provides no precise figure on how much more Albertans would pay for their own police force, but the province would lose the $180 million the federal government contributes annually for policing.

The report also found the force would take up to six years to create — four years of planning and preparation, and up to two years of transitioning while a provincial force swaps out the RCMP out. The cost of the transition is estimated between $366 million to $371 million.

Toews, the former finance minister, is interested in a provincial force, but he would work to build consensus on it; he’s not interested in forcing the policy down Albertans’ throats, campaign spokesperson Christine Myatt said.

Toews has said a lot of folks are opposed to the idea and “I would work to bring them along.”

Leadership candidates Leela Aheer and Rajan Sawhney have been less clear regarding the proposal, but both appear opposed based on previous comments.

“In short, our government has not effectively articulated why Alberta needs a provincial police force,” she said at the time.

Sawhney’s campaign did not clarify whether this remains the candidate’s position.

Aheer told True North she will be further clarifying her stance on a provincial police force in the coming days. During the June 23 panel, Aheer said “We haven’t done the work for the consultation, not even close.”

The province created a new website, futureofABpolicing.ca, to provide the public with information about the opportunities a new provincial police service could bring. No decisions have been made on proceeding with an Alberta police service, the province said in a news release  Wednesday.

“As all levels of governments across the country review their policing models, Albertans need to have all the information available to ensure they lead this national discussion and make sure the future of policing in the province meets their needs,” Justice Minister Tyler Shandro said in a statement.