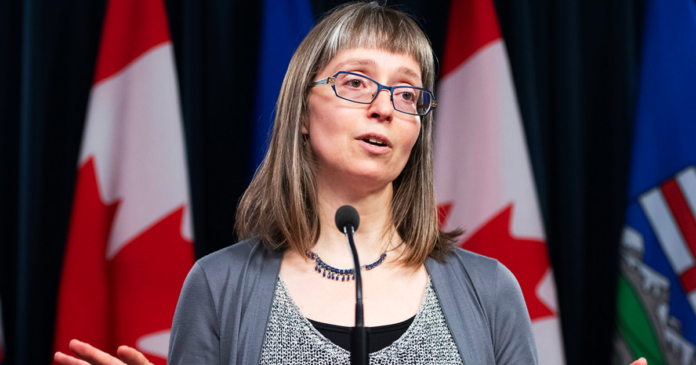 This week, Albertans were shocked to learn the province’s chief medical officer of health Dr. Deena Hinshaw received a $227,911 Covid bonus, in addition to her $363,634 salary. This marks the largest cash benefit payout of any provincial civil servant.

Plus, United Conservative Party (UCP) leadership candidate Leela Aheer took on an unlikely opponent this week – a raging bull! Aheer jumped in front of a bull and pushed it off a boy it was trampling at the Strathmore Stampede during the Running of the Bulls event.

And UCP candidates share their vision for a provincial police force – a policy that has long been discussed as a means to give Alberta more autonomy. All but two candidates are in favour of the policy – Rebecca Schulz and Brian Jean.

These stories and more on The Alberta Roundup with Rachel Emmanuel! Tune in now!