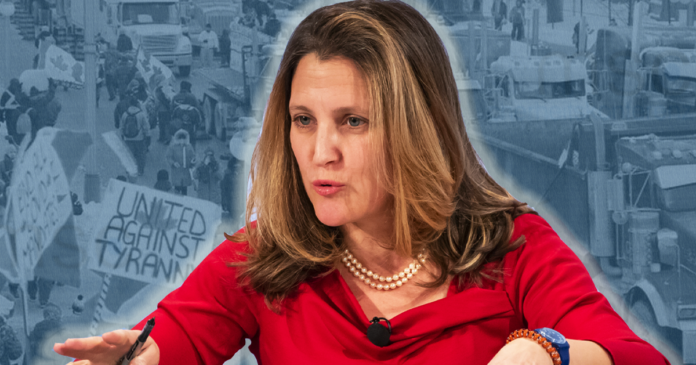 Six months ago, Deputy Prime Minister Chrystia Freeland froze the bank accounts and suspended the licenses of truckers protesting her government’s vaccine mandates. Now, she’s bragging about all the work she and Trudeau have done to “keep our trucking industry strong.” True North’s Andrew Lawton debunks the myth of Liberal support for essential workers.

Also, Transport Minister Omar Alghabra will have to appear before a parliamentary committee to field questions about Canada’s airport crisis. Conservative MP Melissa Lantsman joins the show to discuss.