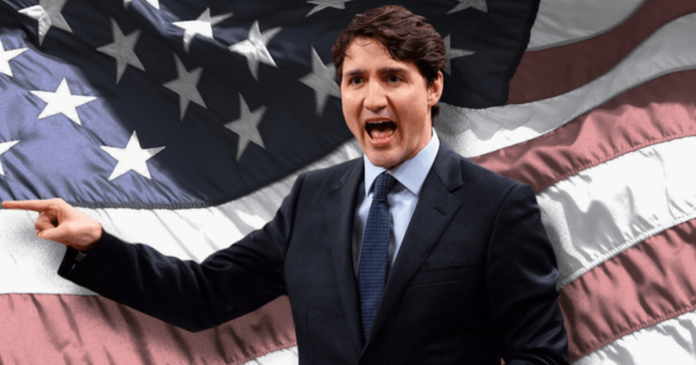 Buffalo immigration lawyer Matthew Kolken has filed asylum applications for at least half a dozen Canadians who hope to flee the country permanently due to Prime Minister Justin Trudeau’s pandemic policies.

In an exclusive interview with True North, Kolken, who is a former director of the Board of Governors of the American Immigration Lawyers Association, explained that his clients fear being persecuted for being unvaccinated should they return to Canada.

“If you just don’t want to go back to Canada, you actually need to fear that you will be the victim of targeted persecution by the Government of Canada or by groups within the country that the government either can’t or won’t protect you from,” said Kolken.

“(The application) says they’ve either expressed some sort of political speech or a member of a particular social group like unvaccinated individuals that have faced persecution before either through seizing of bank accounts, or loss of employment, or forced quarantines, things of that nature.”

According to US Citizenship and Immigration Services, those seeking asylum must apply within one year of arriving in the country. Grounds for seeking asylum include suffering persecution due to race, religion, nationality, membership in a particular social group or political opinion.

An application filed by Kolken in January for one client cited the Liberal government’s crackdown on the Freedom Convoy in February. To deal with the situation, Trudeau took the unprecedented step of invoking the Emergencies Act which enabled the government to freeze the bank accounts of protesters.

Kolken stated that his clients were also “scared to death” of being singled out by the Trudeau government for speaking out against vaccine mandates or have their employment opportunities limited.

“They’re scared to death that if they go back to Canada they will be singled out and isolated by the Government of Canada, they will be unable to travel,” said Kolken.

“They’re afraid they wouldn’t get onto a plane in Canada and they will be trapped within their own country and that their abilities to obtain employment are limited there.”

Although the Liberals lifted travel mandates which prohibited unvaccinated Canadians from boarding a plane and train domestically or abroad, public health officials have not ruled out re-introducing restrictions in the future.

“[If] COVID-19 takes a turn for the worst and we need to readjust and go back to a different regime, maybe similar to what we might have had before, we’re ready to do that,” said Deputy Chief Public Health Officer Dr. Howard Njoo in June.

Although Kolken has informed his clients that the likelihood for success is low the entire litigation process could take the better part of a decade.

“All of my applications have occurred within the last six months and it can take years for them to adjudicate the applications,” said Kolken.

“We have no idea what the long term success rate is but I counsel my clients over the phone, the applications that clearly are justifiable under the law and regulations. They set forth a bonafide non-frivolous case.”

He also warned those seeking asylum that the Safe Third Country Agreement which dictates asylum applications between Canada and the US could be used against them.