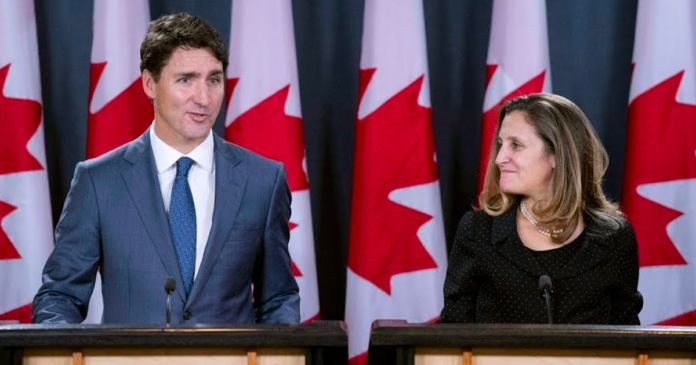 What if I told you that the Liberal Party of Canada was becoming pro-oil and gas?

You’d probably think I’m pulling your leg. But based on recent statements and policy announcements from major players both inside and out of the government, a growing faction within the Liberal Party is changing its tune on resource development.

“Canada’s really lucky. We have a lot of energy. I think it is a political responsibility for us as a country to support our allies with energy security,”

This might read like a quote from Stephen Harper, but I assure you it is a bona fide, genuine article from the finance minister herself.

And she’s not the first Liberal Minister to make positive remarks about Canada’s best in the world energy sector, or how it can be the solution to the European energy crisis and the global emissions problem.

Natural Resource Minister Jonathan Wilkinson said back in May that the continued operation of the Line 5 pipeline was: “non-negotiable”. Line 5 goes from Alberta, through the states, and into Ontario and Quebec, supplying half of those provinces’ energy needs.

This same Minister oversaw the approval of the Bay-du-Nord offshore oil project in Newfoundland in July, and declared the need for Carbon Capture and Storage initiatives, an encouraging shift towards innovation and technology rather than just taxing and banning things.

Wilkinson even went on record to say, “At the end of the day, the cause of climate change is not fossil fuels themselves. It is the carbon emissions.”

It’s all part of a seemingly growing movement within the Liberal caucus to reverse course on the government’s war against Canada’s energy sector – one of the world’s best weapons to fight climate change.

And they’re not the only liberals who appear to be sounding alarm bells over the direction of this government.

“So much time and energy was spent on finding ways to redistribute Canada’s wealth that there was little attention given to the importance of increasing our collective prosperity” he said.

And at a symposium in April of this year, former Liberal Leader Michael Ignatieff told a climate change conference that Greta Thunburg was a moral bully, and that Canadian oil and gas is the key to balancing democracy with environmental concerns.

Quite the thing to say. I’d even forgive you if you thought it came from someone like Jason Kenney or Scott Moe.

It seems a common-sense revolution, albeit a quiet one, is taking place behind some closed doors in the Liberal Party. But it makes us wonder if there isn’t some existential liberal angst brewing behind them. The faction in favour of Canadian oil and gas is butting heads with the faction still loyal to Prime Minister Trudeau’s “phase out” oil and gas agenda.

Despite his promises to Germany and other European leaders about energy security, the prime minister and his right-hand man Steven Guilbeault – the former radical stunt-maker charged with mischief turned Minister of the Environment – are still executing on their radical eco-agenda. Creating yet another set of unfair and arbitrary emissions targets on the energy sector.

Plus they still plan to impose a second carbon tax, that would make our existing gasoline crisis even worse. They even admit it will affect middle and lower income Canadians the hardest, as they struggle to balance being able to afford to drive to work or visit their parents in long term care homes, with paying the bills.

On top of that, they are moving forward on a plan to force farmers to reduce fertilizer use, as they desperately attempt to find ways to cut emissions in any sector they can. This latest hair-brained idea will of course end up meaning a lot less food being produced in Canada at a time when supply issues and inflation are affecting Canadians’ ability to feed their families.

No fuel, no food, and no money in the bank account for Canadians. Not exactly a winning message. This may explain the change in tone from some in the Liberal government who may still want a seat in the House of Commons after the next election.

Whether it is fears about re-electibility, the stark reality that set in in the wake of Vladimir Putin’s brutal invasion of Ukraine, or the fact that most voters are getting sick and tired of the economic crunch bearing down on them created by out-dated ideas coming out of the prime minister’s office – that some semblance of sanity is setting in for the Liberal Government is a welcome change.

It’s well past time for Canada to become a world leader in energy production and supply. We can displace not only dictator oil with our conflict-free energy, we can displace coal burning in places like China and India.

Let’s hope the faction in the Liberal party that wants to choose innovation, prosperity, and reliable energy for the future of the planet continues to grow. 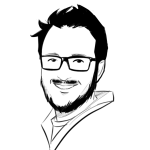