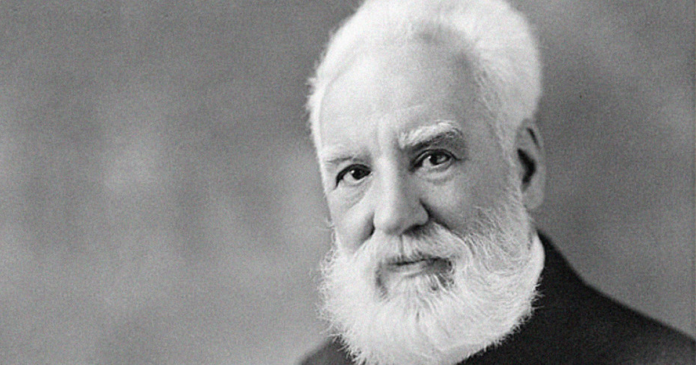 Alexander Graham Bell is next on the woke historical revisionist chopping block.

A federal government body is investigating posthumous honours received by the Canadian inventor of the telephone due to his “controversial beliefs.”

According to Blacklock’s Reporter, the Historic Sites and Monuments Board stated that it was reviewing the designations because of “views, actions and activities condemned by today’s society.”

Board members did not provide any details about what supposed controversial beliefs Bell held when flagging him for the review.

In 2019, the Liberals launched a Framework For History And Commemoration to review the 2,200 historical designations across Canada. To date the board has axed 208 monuments including Bell’s.

“In Canadian history colonialism, patriarchy and racism are examples of ideologies and structures that have profound legacies,” the Framework explained.

“There is a need to be cognizant of, and to confront, these legacies. This contributes to the ongoing process of truth-telling and reconciliation.”

The Liberals have also targeted historical archives. In March, it was revealed that a Trudeau-appointed archivist called on federal workers to purge thousands of pages including a biography of Macdonald on government websites.

“We need to discuss having a disclaimer on the website about having content that may offend people. I feel very strongly about that,” chief archivist Leslie Weir said in an email on June 9, 2021.

“Much of the content on the Library and Archives Canada website reflects the time at which it was written. We understand much of this outdated historical content no longer reflects today’s context and may be offensive to many. This is an enormous undertaking with over 7,000 web pages.”