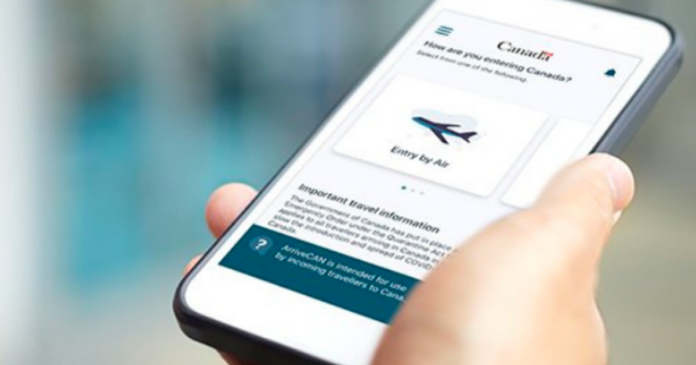 Legal and human rights experts are calling out the Trudeau government’s ArriveCAN app for violating rights after a glitch told over 10,000 people they would need to enter into a mandatory quarantine.

“It creates direct harm for people who are receiving this incorrect notification and following it,” said Thompson River University law professor Matt Malone.

“The government hasn’t provided sufficient transparency about why that happened. And there needs to be better accountability practices in place to make sure it doesn’t happen again.”

University of Ottawa Canadian research chair in information law Teresa Scassa blasted the government over a lack of transparency with the application.

“I think it’s very troubling and I think it raises some important questions about government use of AI,” said Scassa.

“This is one of their flagship tools and there doesn’t seem to be any transparency or clear governance.”

The Conservatives have called on Prime Minister Justin Trudeau to completely scrap the program, claiming that the app has been a national disaster.

“People do not want to come, and the regulations are certainly redundant,” said Conservative transport critic Melissa Lantsman.

“These kinds of things say Canada is closed for business and when we have that coupled with a transportation network that just isn’t conducive to the potential in this area, we have a recipe for disaster.”

Despite calls to do away with the program, the Liberals have instead doubled down on ArriveCAN. In July the federal government put out warnings that those refusing to comply by using the ArriveCAN app could face hefty fines.

An emergency meeting of the House of Commons transport committee has voted to have Liberal Minister of Transport Omar Alghabra appear before members to answer questions about the disaster at Canada’s airports.

“We had committee testimony warning us that passenger traffic would surge this summer. We saw huge airport lineups at the beginning of April,” said Lantsman. “I think by this point, it’s unacceptable for the government to be taken by surprise or continue to tell Canadians that they are working on it.”

“It’s our view that the minister should address the critical issues facing our airports so that Canadians can understand that the government is doing anything (it can) to fix the mess and not simply waiting out the height of peak travel season in an effort to further abdicate their responsibility.”