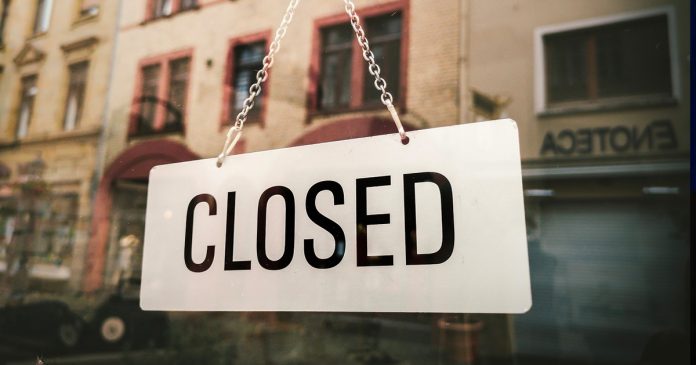 New figures by the Department of Industry reveal that family-owned businesses were especially hurt by government Covid restrictions and closures.

According to Blacklock’s Reporter, the number of businesses owned by couples or family members fell by 14% in 2021. Data was reported by the department in the SME Profile: Ownership Demographic Statistics document.

Before the pandemic 62% of all small and medium businesses in Canada were family-owned but by 2021 that figure crashed down to 48%.

“Approximately 33 percent of all small and medium-sized enterprises had temporary closures due to the pandemic,” the department wrote.

A total of 19,283 business owners were interviewed to arrive at the figures. Businesses included had fewer than 500 employees and a five-figure gross income.

In a 2021 report, the department predicted that lockdowns cost 740,800 small business jobs.

“Private sector employment decreased in all the provinces,” said the department.

“Among small business, employment decreased in all provinces.”

At the same time, as private businesses were failing to make ends meet across Canada, the size of the public sector was growing.

In Sept. 2021, the think tank SecondStreet.org put out a study which showed how no level of government cut the pay of civil servants as businesses were facing mass layoffs and wage cuts.

In fact, over 300,000 federal workers received a pay hike in the midst of the pandemic according to the Canadian Taxpayers Federation (CTF).

“MPs pocketing two pay raises during the pandemic is a slap in the face to the millions of Canadians struggling through COVID-19. At the very least, all party leaders should commit to reversing the pandemic politician pay raises.”