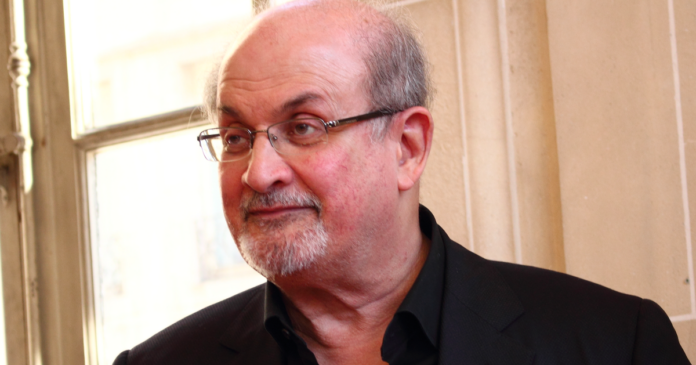 Renowned author Salman Rushdie, who was the target of a 1989 fatwa issued by Iran’s Ayatollah Ruhollah Khomeini, is currently on a ventilator and unable to speak after being stabbed on stage in New York, according to his agent.

On Friday, a man rushed the stage at the Chautauqua Institution in Western New York and stabbed Rushdie 15 times.

Rushdie’s book The Satanic Verses, published in 1988, forced the author to go into hiding for nearly 10 years. The book’s title referred to verses of the Quran, which Rushdie claimed had been removed.

In The Satanic Verses, he also made references to Islam that Islamists and hard-liners deemed offensive.

A year after the book’s release, Khomeini called for Rushdie’s execution and offered a $3 million reward in a fatwa – a legal decree issued by an Islamic religious leader.

Despite attempts by the Iranian government to distance itself from the fatwa to renew relations with the United Kingdom in the 90s, Iranian religious authorities have continuously reaffirmed the death sentence.

In 2005, Ayatollah Ali Khamenei restated the fatwa against Rushdie and claimed that the death sentence was still valid.

Rushdie’s agent Andrew Wylie said the author may lose an eye as a result of the attack.

“Salman will likely lose one eye; the nerves in his arm were severed; and his liver was stabbed and damaged,” Wylie said.

On Saturday, Matar was charged with attempted murder. He is being held without bail.

District Attorney Jason Schmidt says Matar “preplanned” the attack by taking steps to put himself in a position to harm Rushdie, getting an advance pass to the event and arriving a day early with a fake ID.

“This was a targeted, unprovoked, preplanned attack on Mr. Rushdie,” Schmidt told the court.

Human rights activist Yasmine Mohammed of Free Hearts Free Minds said “the deranged, violent, and barbaric desire to stifle free expression has not waned” even after 34 years since the fatwa.

“The terrorist who stabbed Salman Rushdie was not even born when the fatwa was issued. But the hate permeated across generations,” said Mohammed in a statement.

“How could he not criticize an ideology that inspires such evil? How could we not? This tragedy has arisen in me a simultaneous anger, sadness, and renewed determination.”