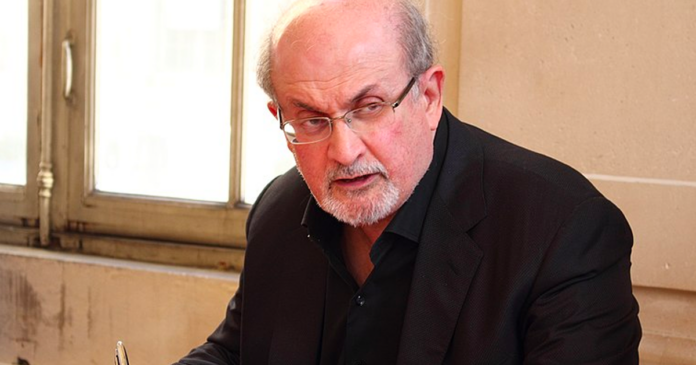 The Iranian regime officially reacted to the attack on renowned author Salman Rushdie on Monday, denying any link to the incident and blaming the writer and his supporters instead.

Rushdie was the target of a 1989 fatwa – a legal decree issued by an Islamic religious leader –   by Iran’s Ayatollah Ruhollah Khomeini following the release of his book The Satanic Verses. The fatwa forced the author into hiding for nearly 10 years.

On Friday, a man rushed the stage at the Chautauqua Institution in Western New York and stabbed Rushdie 15 times as he was delivering a talk.

According to BBC, Iran’s foreign ministry spokesperson Nasser Kanaani said the regime “categorically” denied any link to the attack, adding “no-one has the right to accuse the Islamic Republic of Iran.” Kanaani added that Rushdie insulted the religion of Islam.

“In this attack, we do not consider anyone other than Salman Rushdie and his supporters worthy of blame and even condemnation,” Kanaani said during a weekly press conference in Tehran.

“By insulting the sacred matters of Islam and crossing the red lines of more than 1.5 billion Muslims and all followers of the divine religions, Salman Rushdie has exposed himself to the anger and rage of the people.”

Iran’s state media has extensively commented on the attack as well.

Iran’s state broadcaster daily Jaam-e Jam said “an eye of the Satan has been blinded” in reaction to the news that Rushdie may lose an eye following the attack.

On Saturday, Hadi Matar, 24, was charged with attempted murder. Matar has pleaded not guilty.

District Attorney Jason Schmidt says Matar “preplanned” the attack by taking steps to put himself in a position to harm Rushdie, getting an advance pass to the event and arriving a day early with a fake ID.

“This was a targeted, unprovoked, preplanned attack on Mr. Rushdie,” Schmidt told the court.

According to the BBC, Matar was born in the US to parents who had immigrated from Lebanon. His social media accounts have suggested that he is sympathetic to the causes of Iran’s Islamic Revolutionary Guard Corps.

Rushdie has been taken off a ventilator and his condition is improving.