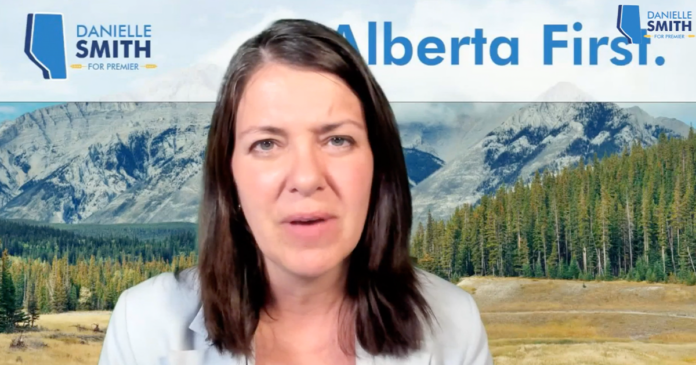 United Conservative Party (UCP) leadership candidate Danielle Smith won’t seek to represent the riding of Calgary-Elbow should there be a byelection this fall.

UCP MLA Doug Schweitzer said earlier this month he will step down as the representative for the riding at the end of August “or such other date established closer to that time.” Schweitzer already resigned from his cabinet position as the minister for jobs, economy and innovation.

There’s been some speculation about whether Smith would put her name forward to replace Schweitzer.

“There has been no changes, (Smith) still will run in Livingstone-Macleod,” campaign manager Matthew Altheim said in a message to True North on Tuesday.

Smith said she would run in Livingston-Macleod, where she’s lived since 2011, when she launched her campaign in May.

“I’m old fashioned,” Smith said at the time. “I feel like you should live in the riding that you represent.”

When she was leader of the Opposition Wildrose Party in 2012, Smith was elected to represent Highwood, a riding south of Calgary. She lost the PC nomination in 2015 after crossing the floor to join Premier Jim Prentice’s Progressive Conservatives (PC).

In 2010, some of Highwood was redistributed to the Livingstone-Macleod riding.

Since Livingstone-Macleod’s creation in 1997, it’s been represented by conservatives, including the PCs, Wildrose, and the UCP.

The riding is currently represented by UCP MLA Roger Reid, who won his seat with over 70% of voters’ support in 2019.

Schweitzer beat Alberta Party incumbent Greg Clark with 44.34% of the vote in 2019.

At a press conference on Monday, Kenney said it’s his understanding a Calgary-Elbow byelection is not mandatory once Schweitzer steps down because Alberta’s next general election is happening within the year. It’s scheduled for spring 2023.

“We’ll reflect on that and we’ll see exactly when Mr. Schweitzer decides to leave the legislature,” Kenney said. “That may be very close to the end of my tenure as premier. So this may be an issue that my successor addresses.”