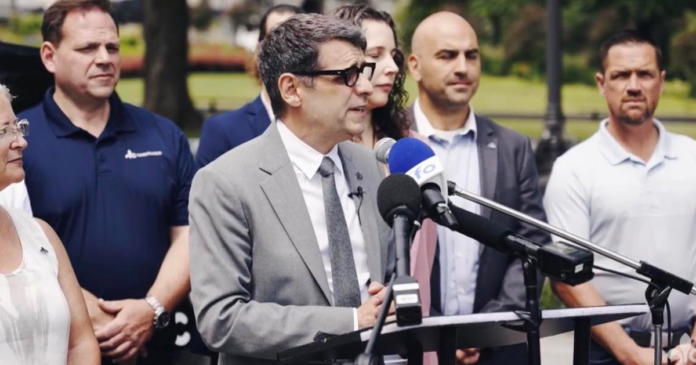 Conservative Party of Quebec (PCQ) leader Eric Duhaime is hopeful ahead of the provincial election campaign, saying his party has already had a huge success.

Duhaime is running on a campaign based on freedom. He is pledging more tax cuts for Quebecers, allowing for the expansion of the province’s natural resources and increasing the private sector’s role in Quebec’s health care system.

True North’s Elie Cantin-Nantel caught up with Duhaime at a candidate announcement event the PCQ held on August 11 at the Hotel V in Gatineau, QC.

Elie asked Duhaime about his campaign’s momentum, the legacy media, Legault’s pandemic restrictions and the PCQ’s future in a post-pandemic world.