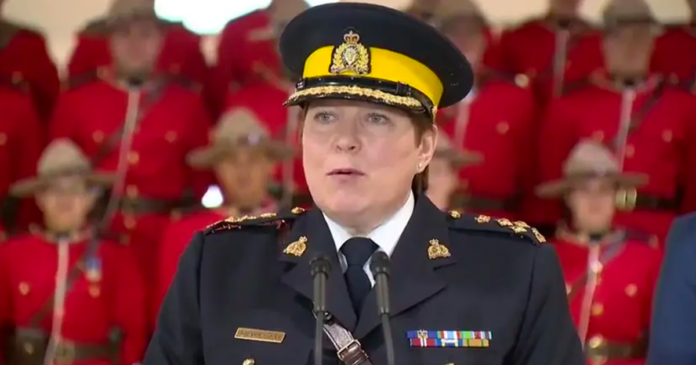 While before the House of Commons public safety committee on Tuesday, the two RCMP officials who brought charges of political interference against RCMP Commissioner Brenda Lucki pertaining to the 2020 Nova Scotia mass shooting investigation stood by their claims.

Earlier this year, an explosive report alleged that Lucki pressured her subordinates to reveal details of the firearm in the shooting that left 23 dead, including the gunman, in order to help the Trudeau government’s gun control agenda.

“The commissioner told my colleagues and I that we didn’t understand, that this was tied to pending legislation that would make officers and the public safer,” Campbell said.

“The commissioner made me feel as if I was stupid.”

According to Campbell, the call in which Lucki requested investigators to reveal confidential details to the general public lasted about 20 minutes.

“The principle was the oath that I swore to uphold as a young recruit over three decades ago. I could not and would not break that oath,” said Campbell.

Emails from the time show while Lucki was opposed to releasing details of the firearms to the government, Lucki eventually sent information about the guns used to the Public Safety minister and Prime Minister Justin Trudeau’s advisers.

Scanlan also corroborated Campbell’s report saying she would never dispute the notes he left behind. While she was present at the meeting she says that she could not exactly recount the words Lucki used during the phone call.

“I would never dispute Darren Campbell’s notes and at the end of the day, whether we’re saying promise, pressure, influence — they all lead to the same end result,” Scanlan told MPs.

Following the meeting with Lucki, Scanlan said she felt “disgust” over the interaction calling her behaviour “appalling, inappropriate, unprofessional and extremely belittling.”

Former public safety minister Bill Blair has denied any claims that his office asked Lucki to release the details of the shooting.

“I know very clearly the line between government responsibility for governance and oversight of the RCMP and giving direction,” said Blair.