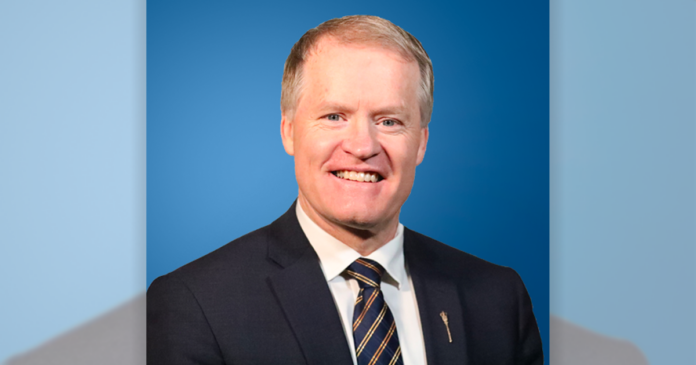 United Conservative Party (UCP) MLA Grant Hunter says Albertans experienced severe curtailment of their civil liberties during the Covid-19 pandemic because Calgary MLAs on the committee overseeing pandemic policy outnumbered rural MLAs who did not want restrictions. Hunter also said he was removed from cabinet for speaking against pandemic restrictions.

The Taber-Warner MLA made the comments below a Facebook post urging followers to purchase a membership with the Toews campaign before last Friday’s deadline.

If the entire UCP caucus could vote on whether to implement restrictions, there would have been a regional approach on Covid rules, Hunter said.

Hunter was Alberta’s associate minister of Red Tape Reduction from April 2019 until July 2021. He said he was removed from cabinet for fighting against Covid restrictions.

In his post, Hunter was referring to a period where the ten PICC members included seven MLAs who represented Calgary ridings, two MLAs from rural Alberta, and one from Edmonton.

Kenney, Savage, Copping, McIver, Shandro, Amery, and Schulz all represent Calgary ridings, while Madu represents the only riding the UCP holds in Edmonton.

In an interview with True North, Hunter said he doesn’t blame his Calgary colleagues for advocating for restrictions their constituents likely wanted. He also said Madu likely presented a rural perspective against restrictions, despite representing an Edmonton riding.

Toews also advocated for rural Albertans and against restrictions, he said. Hunter has endorsed Toews as the best person to be Alberta’s next Premier.

Hunter told True North that Toews and Madu never broke cabinet confidence by revealing committee conversations. He’s friends with both the MLAs and “can imagine” they advocated for rural Albertans, he said.

The Alberta Institute founder Peter McCaffrey said if Hunter lost his spot in cabinet for opposing restrictions, it seems Toews should have as well.

“To be frank, it seems pretty clear (Toews) either didn’t actually oppose them, or he offered token resistance that didn’t amount to much (hence why he didn’t lose his spot like you did),” McCaffrey commented.

Hunter said he wasn’t on PICC so he can’t answer why Toews didn’t lose his role as the Finance minister.

Jordan Kosik, who runs the popular Facebook page Holding MLAs Accountable with 21,000 members, wondered why Hunter is the first MLA to speak out after 2.5 years of “bullshit.”

Hunter responded that he’s been “sounding the alarm” about pandemic restrictions since six months into the pandemic.

“I just haven’t been talking about this to the liberal media. Also, other MLAs have (been) doing the same thing,” he wrote.

“There were many days and months when I asked myself if the silent majority were ever going to become vocal. Once the freedom convoy started I was relieved to know more people were just as upset as I was.”