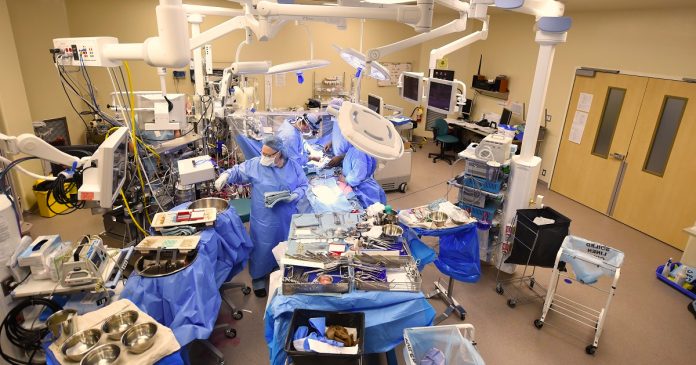 An unvaccinated terminally ill woman who was denied an organ transplant for not receiving a Covid vaccine is appealing an earlier court decision that ruled in favour of the mandate.

As reported by the Edmonton Journal, 57-year old Annette Lewis had originally filed an injunction against Alberta Health Services (AHS) and six doctors after she was told she would not be able to receive a transplant unless she got vaccinated.

AHS and the doctors said that the vaccine is required for patients receiving an organ transplant due to immune-suppressing drugs taken to prevent the organ from being rejected by that patient’s body.

The drugs lower one’s chance of recovering from Covid, with AHS and doctors saying a group of unvaccinated patients on these drugs had a mortality rate of 40%.

Organ transplants are given to those who have the greatest chance of surviving.

Lewis lost that bid for an injunction, with Court of Queen’s Bench Justice Paul Belzil saying that applying the Charter to doctor’s clinical judgment would lead to the creation of “two classes” of organ recipients and “medical chaos with patients seeking endless judicial review of clinical treatment decisions.”

However, Lewis is not giving up on her fight and has now filed an appeal.

She is hoping the Alberta Court of Appeal will rule that the vaccination requirement is a “definitive violation of (her) fundamental freedom of conscience and rights to life, liberty, security of person, and to freedom from arbitrary discrimination.”

Lewis’ lawyers argue in their notice of appeal that the previous judge made an error when he found that the vaccine mandate was a clinical decision.

They claim the requirement to get the Covid shots was rather an “imposition” by “state agents” executing an AHS policy.

Lawyers are also saying Justice Belzil made an error when he said AHS was not subject to charter scrutiny – since “AHS was simply mirroring the respondent physicians’ requirement.”

They are also questioning Justice Belzil’s conclusion that the Covid vaccines are “safe and effective.”

The Edmonton Journal says the dates that the hearings will take place are yet to be established.

The woman’s organ, as well as the names of the doctors involved and their places of work are subject to a publication ban.