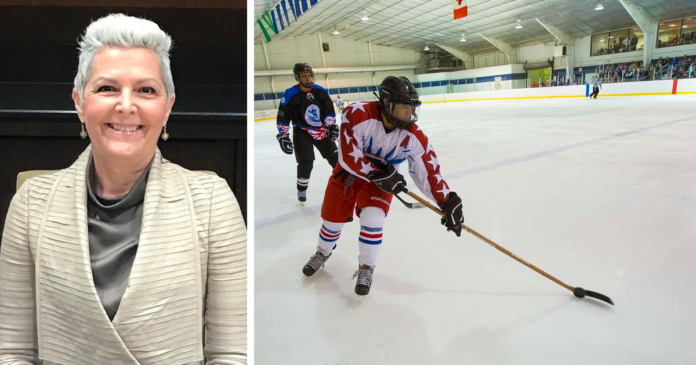 NDP MP Bonita Zarrillo deleted a tweet questioning the necessity of indoor ice rinks given their impact on climate change, amid public ridicule over her comments.

On Wednesday, the Port Moody—Coquitlam representative asked “is indoor skating ice even a necessity anymore? Can every ice sport be done without ice and different equipment?…just pondering the climate impact of human-made indoor ice.”

Zarrillo also shared links to an NHL news release about the league’s focus on “environmental sustainability” and an Inhabitat article about “Ice rink alternatives and their environmental impact”.

“Ice rinks are an important fixture of winter sports, whether for ice hockey, speed skating, curling, ice dancing or figure skating. But with growing concerns about global warming, water scarcity and our planet’s climate crisis, even the International Olympic Committee, the International Ice Hockey Federation and the National Hockey League have been considering the environmental issues related to coordinating ice sports events and ensuring energy consumption and rink-operating costs are feasible. As a result, there is now a movement towards utilizing synthetic ice on ice rinks,” reads the release.

It states that the modern ice-making equipment and the maintenance measures used by indoor ice rinks consume a large amount of energy while producing pollution that harms the environment.

The article goes on to share a view that synthetic ice rinks “are cleaner and do not require big noisy generators and best of all, they do not emit CO2 into the atmosphere.”

National Post contributor Ben Woodfiden stated that banning hockey over climate change would be a perfect recipe for a full blown Canadian revolt.

Conservative strategist Michael Diamond pointed out that taking away people’s access to physical activity would have both physical and mental health consequences. He called Zarrillo’s take a bad one.

Meanwhile, Toronto businessman Matt Spoke said Zarrillo’s rhetoric was “totally normal” and joked that a ban on indoor heating should also be considered.

Zarrillo’s office did not respond to True North’s requests for comment in time for publication.