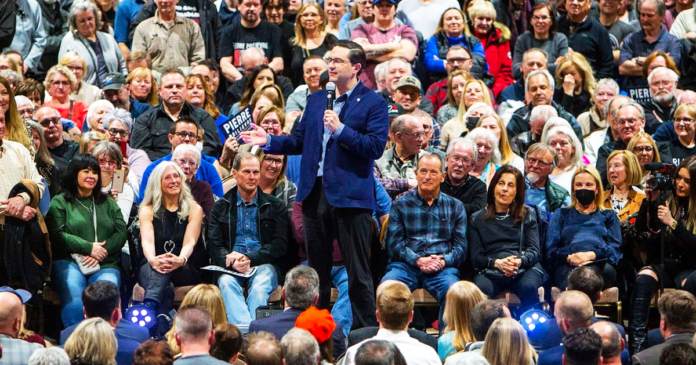 Conservative leadership candidate Pierre Poilievre has a special knack for triggering the left – especially on TikTok. On this episode of Ratio’d, Harrison Faulkner reacts to two of the most ridiculous anti-Poilievre takes we could find on the app. One video tries to make the case that Poilievre is a racist with racist policies – even though no policies were addressed in the video. The other video wants you to know that Poilievre supporters are “fringe voters, incels, untraditional, right-wing kooks”. Does that sound like you?

Also on the show, CTV News made themselves the news this week when it was reported that they had unceremoniously fired Lisa LaFlamme. Every single blue checkmark legacy media journalist bashed Bell Media for making this decision, without realizing that they themselves might be next.

And the Bank of Canada wants you to know that inflation is actually just in your head and the more you think it’s there, the more it will rise. For that ridiculous take on Twitter, they are this week’s winners of the Ratio of the Week award.