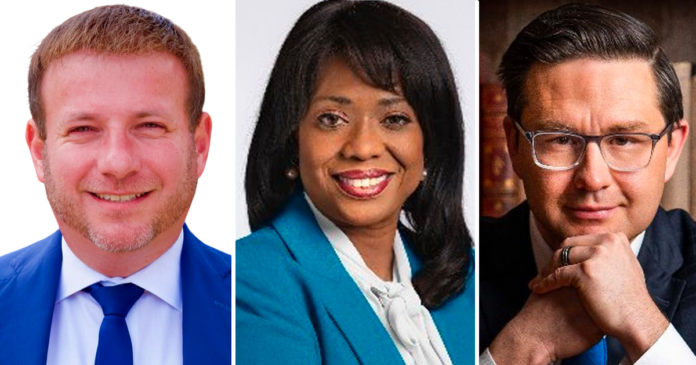 Amid Western University’s imposition of a mask mandate and three-dose vaccine mandate for their students this upcoming academic term, Conservative Party of Canada leadership candidates have come out criticizing the decision.

On Monday, the University of Western Ontario announced that they will be mandating that students receive three doses of the Covid-19 vaccine, as well as maintaining an on-campus mask mandate.

“How can @WesternU require a medical procedure that Ontario’s Chief Medical Officer could not recommend because of the relative risk vs. benefit?” reads Baber’s tweet.

“This decision is predicated on ideology, not science. Chancellor Linda Hasenfratz can and must put an end to this!”

“We need to stop dividing Canadians by healthcare choice. It is wrong, and we know it is not based on science,” said Lewis in a tweet.

Perceived frontrunner Pierre Poilievre called for an end to Western’s mandates, asking the university to allow students to control their personal medical decisions.

“Now they want to mandate a 3rd shot. When does it end? Enough. Let people take back control of their personal medical decisions and their lives.”

Baber, Lewis and Poilievre have been vocal critics of vaccination requirements and mask mandates before their campaigns and throughout the pandemic.

As an Ontario Progressive Conservative MPP, Baber spoke out against Premier Doug Ford’s handling of the pandemic. As a result, Baber was booted from the PC caucus, leading him to run in the federal Conservative leadership race instead of seeking re-election as an MPP.

During the few weeks the Freedom Convoy took to the streets of Ottawa, Dr. Lewis was vocally supportive of the Convoy’s message of scrapping all Covid-era mandates.

Lewis has campaigned to the Conservative party’s electorate on her early support of the convoy, claiming Pierre Poilievre was late to throw his support behind the movement.

Poilievre’s campaign has repeatedly demanded an end to all federal vaccine mandates and has emplored PM Justin Trudeau to encourage provincial governments to do the same.

True North reached out to the Scott Aitchison and Jean Charest campaigns for comment, but they did not respond in time for publication.