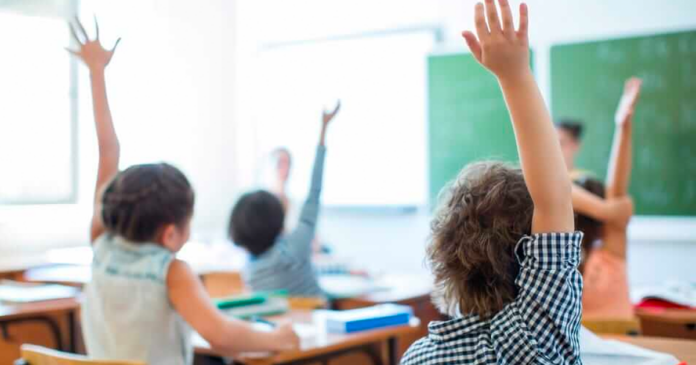 If you’d asked Peter Wallace two months ago whether he’d ever have dreamed of running for school trustee, he would have laughed.

But after watching the number of issues with school boards emerging on social media – in particular Twitter – and the pervasiveness of “progressive” ideology in the school system, he decided to throw his hat into the ring and run for trustee on the Trillium Lakelands District School Board (TLDSB).

He didn’t just decide to run, however.

Instead of just creating a campaign website, he opted to develop a “shared platform” that other would-be trustee candidates could use and endorse.

The result is blueprintforcanada.ca – a highly insightful and well-researched review of what is wrong with public education in Canada and what can be done to make public schools better.

“I wanted to get people on the same page about certain ideas and educate the public about the issues concerning us,” he said in a recent interview.

The website covers October school board elections in Ontario and B.C.

He says it is meant to reject the influence of the radical left and extreme right and appeal to a voting demographic that prefers “moderate centrist policies” in education.

Wallace spent two months pulling the blueprint together after getting feedback from educators and trustees. He said he has included YouTube videos and other documents to back up the positions contained in the blueprint.

He says the real problems lie with the universities – in particular the faculties of education which are promoting social justice in all areas of their curriculum.

Wallace says his blueprint could apply equally to colleges and universities as well.

Many of the ideas that would contribute to making public schools better are common sense, not that there is much of that in the school system in 2022.

They include ensuring kids get more instruction in personal finance, computer skills and the sciences; that the ban on police officers in schools be reversed; that parents’ concerns be addressed in a fair, non-judgemental manner and that parents be allowed to decide whether their children should be vaccinated against Covid.

The blueprint also calls for the removal of “extremist ideology” from the classroom.

The “cultural hot points” – words used by Wallace – include a proposal that all board “diversity, equity and inclusion” training programs be removed if they are based on “illiberal critical social justice” narratives.

In the area of gender ideology, it is proposed that students and staff be provided with better awareness of the “catastrophic” physical and mental side effects of gender-affirming medical care and procedures (those given particularly around the age of puberty).

The blueprint states outright that actively promoting gender ideology with children is “abusive,” and that school boards should be aware that “gender affirmative” policies which bypass parental consent have opened the door to potential massive legal liabilities in the U.K.

Those candidates following the blueprint also support ensuring that teachers and staff are not required to include preferred pronouns in their e-mail signatures.

A segment on Defending Teachers includes the case of Chanel Pfahl, who is being investigated by the Ontario College of Teachers for opposing CRT in a private Facebook group.

Pfahl, a licensed former teacher, is running for trustee in the Ottawa Carleton District School Board under the Blueprint for Canada platform.

The openly gay woman has already been accused of being anti-trans by woke activists and the legacy Ottawa media for her common sense approach to CRT and gender ideology.

Wallace says that he’s had a number of inquiries about the platform but municipal election rules dictate that he can’t identify trustee candidates who might want to use it and can’t raise funds for them.

“Any candidate is free to endorse it,” he said.

As for his own campaign, he says the issues resounding the most so far at the doors relate to gender ideology.

He says people are adamant that no gender affirmation should be addressed until a student is 18.

It also infuriates people, he says, that their child’s gender identity change could be hidden from them by a school board.

Wallace said parents want to and must be informed.

Naturally the usual suspects – activists and woke trustees – are attacking the website.

“Any questioning of gender ideology is transphobic,” he says. “If you talk about CRT you’re racist.”