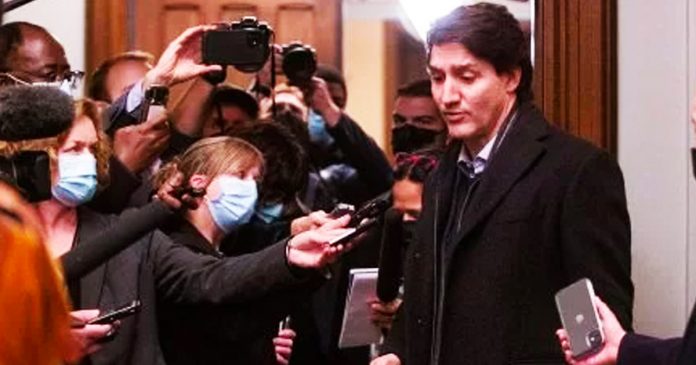 According to Blacklock’s Reporter, the Canadian Radio-television and Telecommunications Commission (CRTC) reported that the funding was provided in the form of waivers to federal licencing fees and through the Canada Emergency Wage Subsidy.

“Over 75 percent of assistance in 2021 was in the form of the Canada Emergency Wage Subsidy,” read the Annual Highlights Of The Broadcasting Sector.

$36.5 million in annual fees were waived by Ottawa during this period.

The report also concluded that the number of Canadians tuning into television broadcasts also sharply declined.

“The two most recent broadcast years were marked by several and varied instances of societal and business shutdowns in response to the Covid-19 pandemic,” the CRTC said.

“These resulted in significant declines to the advertising revenues of the traditional commercial broadcasting sectors and an increased uptake by Canadians of online broadcasting content.”

Last month, the CRTC predicted that Canadian legacy media would have three years to determine how to fix its outdated business model in the face of competition from big tech.

The Trudeau government wants to give the CRTC power to regulate online content.

Bill C-11, which purports to update the Broadcasting Act to current digital standards, has been blasted by critics as an overreach and a threat to Canadians’ right to freedom of expression.

During testimony in the House of Commons, CRTC chair Ian Scott admitted that the bill would give the CRTC powers to regulate even user-generated content like home videos.

“[Section] 4.2 allows the CRTC to prescribe by regulation user uploaded content subject to very explicit criteria. That is also in the Act,” said Scott.